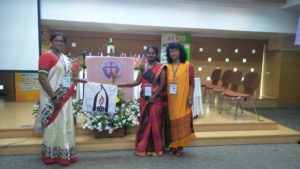 Asian Church Women’s Conference organized the 16th Quadrennial General Assembly and 60th anniversary of ACWC at The Church of Christ in Thailand (CCT), Bangkok on October 3 – 8, 2018. The theme for the Assembly was “Now Choose Life, Change our Ways and Actions”. ACWC voting Delegates and Observers of ACWC and  members of the International Committee of the Fellowship of the Least Coin (ICFLC) participated in the Assembly. We, Mrs. Wellorich Sohkhlet, Presbyterian Church of India, Mrs. Sushma  Tirkey, Gossener Evangelical Lutheran Church, Jharkhand and Jenifa Rani, Intern, National Council of Churches in India represented NCCI in the ACWC General Assembly at Bangkok.

The Assembly started with the procession of the Representatives with the country banners followed by the opening worship on 4th October on the theme “Now Choose Life”. ACWC President Dr. Saisuree Chutikul given the key note address, in which she inspired the participants saying that life as ‘being alive’ and ‘living’ is guided by having a twin citizenship: one as being Christians in God’s Kingdom and the other is as being a citizen of a country. She stated that changing of ways and actions within the framework of life, living and being alive, including the ‘purposes’ of life need to produce outputs, which would be compliant with the purposes and the kind of life that we choose.

ACWC Vice President led a 7 minutes show “Her Story” remembering the 60 years of ACWC.  In the panel session moderated by ACWC Treasurer Mrs. Roshini Mendis, Ms. Janejinda Pawade, Aftercare Liasion Manager and Social Worker of NVADER challenged the participants talking on the theme “Human Trafficking: A Challenge to Asian Church Women”. She put forward the challenge for the Asian Church Women to choose life, to be the Voice of the Voiceless, who are vulnerable to any forms of exploitation and change our ways and actions, to challenge ourselves to do more advocacy work rather than humanitarian work. Sr. Siphim Xavier, O.S.U., Directress and Chaplain for Catholic Commission for Women, Catholic Bishops Conference of Thailand talked on the theme of choosing life. Ms. Wandee Cheunchooprai, Clinical Social Worker at New Life Center Foundation in Chiang Mai, expressed the need of the enhancement of the life choices of the tribal girl children and women, who suffer disadvantage, vulnerability and all forms of exploitations.

Two business sessions chaired by the President of ACWC included Officers Report, Executive Secretary’s Report, National Reports by National Representatives, Formation of Committees, Nominations and Assembly Statement. Mrs. Wellorich Sohkhlet read the report of Women Concerns of NCCI. Representatives from WSCF-AP, AACC, EFFCW, and MECC shared their greetings. Thereafter, as prayer partners met, India along with our prayer partners Mongolia and Malaysia gathered and discussed about the prayer issues of partners and prepared for the Cultural Night to celebrate ACWC’s 60th anniversary. 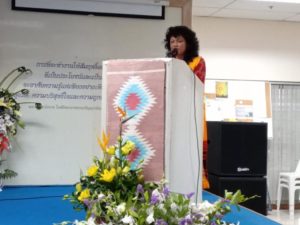 Next day, 5th October, started with a Bible study by Rev. Dr. Chuleepran Srisoontorn, chaired by Supaorn Yarnasarn. The theme for the day was “Change Your Ways”. Dr. Chuleepran focused on John 14:6 and John 6: 48 – 51 and led the group in discussion on the steps toward changing our ways and actions. In the Business Session 3, the Assembly Secretary read the Minutes of the previous day, after which  the Treasurer’s Report and Budget was presented  by Mrs. Roshini Mendis, Treasurer, ACWC. The national representatives presented their National Reports. We then formed small Groups to discuss the Assembly Theme and each group reported their discussions and suggestions, especially Young Women’s Forum of ACWC actively participated in it. The day ended with the cultural night in which the nine pairs of prayer partners and ICFLC members participated.

The third day, focused on the theme “Change Your Actions,” started with a Bible study by Rev. Dr. Chuleepran Srisoontorn.  Sirirat Pusurinkham chaired it. The Business Session 4 comprised of the Minutes of the Previous Day and the National reports by NRs. Representatives from CLAI, CCC, WICCC, CW_USA, PCC, and WCC shared their greetings. In Business Session 5 there were elections of General Committee members and Executive Committee members and Orientation of General Committee members.  With the consecration of the newly elected members and Rev. Moon Sook’s message in the closing worship, on 2 Kings 4: 8 – 37 (the story of the Shunemmite Woman and Elisha, in which the shared what she had) by which Rev. Moon Sook exhorted women to choose life, and responsibly and persistently bring about changes in the society,  the Assembly ended. 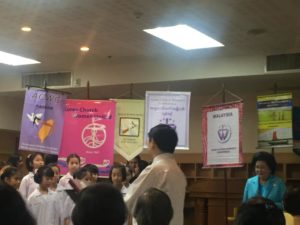 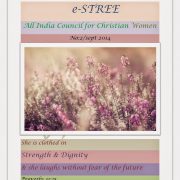 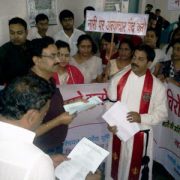 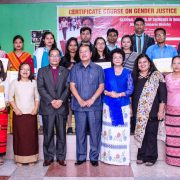 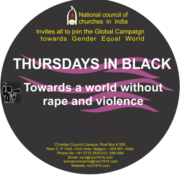