Women’s empowerment programs have been at the core of the ‘Diaconal Ministry’ of the Church of South India. According to Revd Asir Ebenezer- Director of Diaconal  Concerns- CSI Synod “these programs have taken many forms in different contexts. Education, empowerment, and economic livelihood options were some of the areas that took root in most places. Education of girls was the flagship of church’s education ministry. Many hostels for girls as well as nursing and teacher training schools for young women were started and flourish to this day.”  CSI also initiated the ‘Girl Child Campaign’. Ebenezer further states “However despite a radically sound theology and a reformist mind with regard to gender sensitivity, there are many bottlenecks. The aim of the discourse on gender equity is to reach beyond the domain of women and their associations. There is a vital need for gender mainstreaming to end gender based violence.  So GEET  brings the discourse to the mainstream life and witness of  Church Women and Men. The present visible leadership of males in the church sphere is to be challenged to bring significant changes.”

1) Workplace- To ensure a safe working space, institutions of the CSI are oriented on  awareness , prevention, and redressal of sexual harassment of women at workplace  promoting ‘Prevention, Prohibition & Redressal Act, 2013’ . Ebenezer states that many christian  institutions have constituted an Internal Complaints Committee  in compliance with the Act. After the constitution of ‘Internal Complaints Committees’ in our institutions, male staff have become more sensible in their interactions with their female colleagues. Women are aware that they can be treated with dignity and do not have to ‘adjust’ or put up with inappropriate behaviour from the opposite sex.”

2) Homes including Christian Homes –  CSI is also engaging in various endeavours of spiritual formation  to  create safe home free from abuse and empowering both men and women to work towards ending domestic violence and other gender based violence within home .

3) Mind of the Man for Nurturing Gender Equity– Developing contextualised study material based on ‘Created in God’s image: from Hegemony to Partnership’ (a church’s manual on men as partners promoting positive masculinities was published by WCRC in collaboration with the WCC and the United Methodist Church) to be studied by men in five locations in each of the 24 CSI Dioceses. 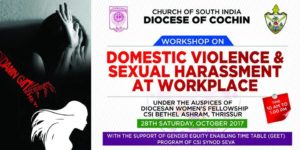 CSI Gender Policy  –Ebnezer shares that CSI is in process of formulating Gender Policy. A consultative group is meeting periodically to work on the policy. He further reveals “Based on the findings from the ‘Appreciative Inquiry Tool’, learning’s from ‘Gender Conclave Workshops’ a draft outline of the Gender Policy of the Church of South India would be adopted, with an implementation plan for all the units of the CSI

Dial 1098 Campaign – CSI is also promoting Dial 1098 Campaign in  different Dioceses to end violence on children and protect children at risk. 1098 is a phone number that spells hope for millions of children across India. CHILDLINE is India’s first 24 hour, free, emergency phone service for children in need of aid and assistance.  Ebenezer mentions ” Childline is a platform bringing together the Ministry of Women & Child Development of Government of India and Department of Telecommunications, street and community youth, non-profit organizations, academic institutions the corporate sector and concerned individuals. It works for protection of Rights of Children.”

Ebenezer reveals “In one of our congregations in South Tamilnadu – Mr. Oliver Freeman, a lay preacher from Madurai- Ramnad Diocese was able to stop thirty Child Marriages using the Child Line ‘1098’ .Hats off to this man who saved the lives of thirty girls and help them get back their education.” He further states “ this  is indeed a sign of hope. Churches and congregations can act as salt and leaven to end gender based violence and build inclusive communities.”Ebenezer also shares “ We are empowering congregations to have rights based approach of ministry and it is important for us to understand what means to spread ‘Good News’ in today’s context . There is no faith without action.”

Revd Asir Ebenzer  joins the 16 Days of Activism Campaign and shares “ Because we are Precious in God’s Eyes , We will not Remain Silent about Gender Based  and Sexual Violence and We will promote Gender Equity to Build Just Inclusive Communities.” 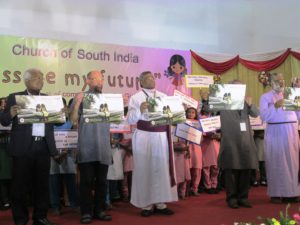 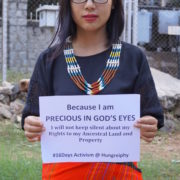 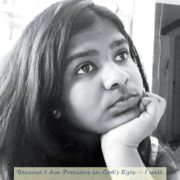 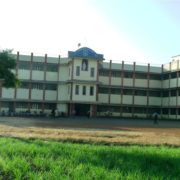 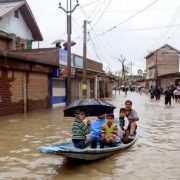 NCCI mourns for the sad demise of Bishop B. P. Sugandhar, the former Moderator...

‘Blue-ing’ Our Churches & Communities : National Council of...
Scroll to top