The General Body of the Karnataka Christian Council (KaCC) met on March 26, 2015 at the Unity Building, Bangalore. KaCC  has been significant for many important decisions including unanimously being committed to working  with all Churches against religious fundamentalism and fanaticism.  Rt. Rev. Ravikumar Niranjan, CSI Bishop for Karnataka Northern Diocese chaired the meeting. Rev. Dr. Hubert Watson, the Secretary of the Council presented the activity report. Members representing Churches and institutions from all over Karnataka participated in the meeting and elected new office bearers and Executive Committee Members.

This is the newly elected executive committee of KaCC for the next three years:
Rt. Rev. Mohan Manoraj (CSI Bishop of Karnataka Southern Diocese) unanimously elected as the President of the council; Rev. Dr. N. Jayawant(Methodist Church in India, Bangalore Regional Conference) as the Vice-President ; Rev. Dr. Hubert Watson (Karnataka Theological College) as Secretary; Mr. G D Pushparaj (the Executive Secretary of the CSITA – Karnataka Inter-Diocesan Administrative, Finance and Property Board) as Treasurer.
As part of the General Body Rev. R. Christopher Rajkumar, Executive Secretary, Commission of Justice, Peace and Creation and Commission on Unity, Mission and Evangelism, presented a paper on ‘The Challenges before the Karnataka Christians / Churches Today, and the need for Grassroots Ecumenism’. He said:…considering the political context and rise of fundamentalism, the Karnataka Christians and Churches are some of the most vulnerable communities in India that are encountering constant attacks on Churches, Christian Workers and Christian institutions. Therefore the Churches and Christians in Karnataka must be united for common witness and service. In keeping with the call of the NCCI Centenary findings, the Council should be involved in facilitating the grassroots ecumenical expressions to combat Hindutva strategies of ‘moral policing’, ‘ghar wapsi’ and ‘hate campaign’ based on caste and religions.
After a detailed discussion, the Council has called all the member Churches to get united and organized for a strong common witness. Considering the importance and urgent need of the hour, all the member churches of KaCC mandated the council to launch a campaign against religious fundamentalism.
NCCI Communications
https://ncci1914.com/wp-content/uploads/2015/05/nccilogo.png 227 211 Communications https://ncci1914.com/wp-content/uploads/2022/03/ncci-new-logo_1.jpg Communications2015-03-27 10:32:052016-08-24 10:38:14Karnataka Christian Council's new Executive Committee formed. Commits to counter fundamentalism. 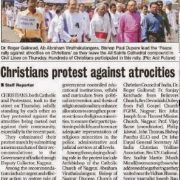 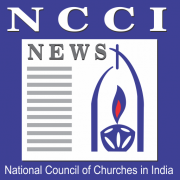 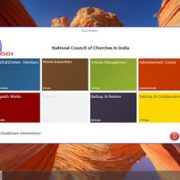