The Commission on Communications and Relations (COCR) of National Council of Churches in India (NCCI) promotes ‘Communication for all’ and is sensitive to issues of Communications Rights in India. Through advocacy programs, seminars and workshops, NCCI-COCR highlights the need for gender balance, equity, democracy and communication rights in responsible journalism and media processes.

The World Association for Christian Communication (WACC) promotes communication as a basic human right, essential to people’s dignity and community. WACC works with all denied the right to communicate because of status, identity, or gender. WACC has corporate and personal members in 120 countries, organized in eight Regional Associations: Africa, Asia, Caribbean, Europe, Latin America, Middle East, North America and Pacific. The National Council of Churches in India is an active member.

Progress for women in news media grinds to a halt

After 20 years, research in 114 countries reveals continued severe disparity between representation of women and men in news media

Extensive results of the Global Media Monitoring Project (GMMP) released 23 November show that, worldwide, women make up about 50% of the general population but only 24% of the persons heard, read about or seen in newspaper, television and radio news, exactly the same level found in the 2010 report.

Women’s relative invisibility in traditional news media has also crossed over into digital news delivery platforms. Only 26% of the people in Internet news stories and media news Tweets combined are women.

The GMMP is a project of the communications advocacy agency WACC, with support from UN Women. The first such survey of gender portrayal in news media was conducted in 1995, and at five year intervals after that. GMMP 2015 is the largest research and advocacy initiative in the world on gender equality in and through the news. UN Women has supported the survey twice consecutively.

“The media have the potential to be an enabler of faster, more substantive gender equality and women’s empowerment, or a barrier to it. This report is a wake-up call to media houses and newsrooms. Gender discrimination deprives media coverage of the balance and authority that diverse perspectives bring,” said UN Under-Secretary-General and UN Women Executive Director Phumzile Mlambo-Ngcuka. “The ways in which women are depicted in the media have a profound effect on societal attitudes and reinforce traditional gender roles. Women and girls are half of humanity. Giving equal time and weight to their stories, featuring them as positive models not victims, plays an under-appreciated part in creating a better, freer world for all of us.”
“The GMMP 2015 report examined the visibility, voice and mention of women and men in the news media and finds a sexism that has endured across decades and geographical boundaries, adapting to emerging media forms and thriving in all spaces in which news content is produced and shared,” states Dr Sarah Macharia, GMMP global coordinator.

The publication of the results of the survey point to the urgent need for an end to sexism in media by 2020.

“Many detailed findings from the 2015 GMMP paint a picture in which unequal gender power relations are entrenched and validated, and in which gender stereotypes are replicated and reinforced by the world’s news media,” says media and gender scholar Margaret Gallagher in the foreword to the report.

The Rev. Dr Karin Achtelstetter, WACC general secretary, stated: “News and news media are powerful forces that help shape the way people view their society and themselves, and contribute to how people act – at home, schools, work, through to the political choices they may make.”

She continued. “The fact is, the portrayal of women in day-to-day journalism does not reflect their contribution to society. We need focused commitment and efforts from media houses, regulatory agencies, training institutions and civil society to raise professional standards and truly provide leadership about what constitutes ethical freedom of expression.”

Other key findings include:

The full report as well as highlights in English, French and Spanish and national and regional reports are available here

– Commission on Communication and Relations, NCCI. 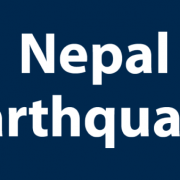 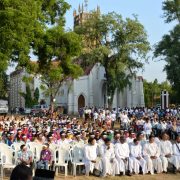 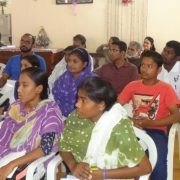 Paris Terror and Tragedy: Crying in solidarity! Calling for peace with just...

Dont Look Away – Act Against Violence on Women and Child Abuse!
Scroll to top