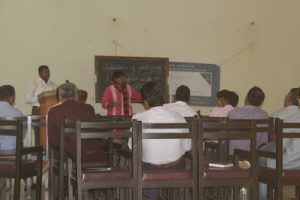 A Citizen Journalism national consultation and training program “Pathways to Digital Frontiers: Communication Rights and Inclusion” was organized from March 11 – 12, 2016 in Panjim, Goa. It’s a program of the Commission on Communications and Relations of National Council of Churches in India (NCCI-COCR), Christian Service Agency (CSA) and World Association for Christian Communication (WACC). There were 30 participants of various profiles: Theologians, Church leaders and Pastors, Social Workers, Community Development workers, Grassroots community enablers, heads of Institutions, Heads of NGOs, Communication leaders, and publishers. Many of NCCI’s constituent member bodies and all major regions from across India were represented. The concept of Citizen Journalism as communicated in the course of this national consultation and training program was a serious take on the responsibility and privilege to enable information sharing by developing communication pathways to digital frontiers in a way that opens up possibilities for advocacy and self-advocacy towards wider engagement, inclusion and ensuring communication rights.
Rev. Caesar J. David (Executive Secretary of NCCI Commission on Communications and Relations) introduced the program outlining its concept, scope and methodology. The next session was taken by Rev. Sunil Raj Philip (Director of the Departments of Communications, Dalits and Tribals of the Church of South India Synod). He explained at length the situation of marginalization faced by dalits in India. While the caste situation is well known at least in some measure, this session was very comprehensive in covering issues, efforts and future directions of the dalit struggle against caste-based discrimination. In the following session, Rev. Sunil gave an overview of mainstream Indian media with reference to caste issues. It was found that mainstream media in India is largely profit-driven and/or controlled by corporates, politicians, people from high caste and so on. Since the interest of these categories of people do not match with, or are directly opposed to dalit empowerment, dalits do not have adequate space in mainstream media to communicate their concerns. Even if they do, there is gross misreporting or underreporting as cited examples gave evidence for. 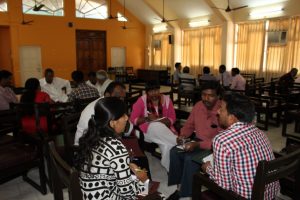 A statement/report of findings at this point of the program from one of the discussion groups reads like this: “We are agreeing to the fact that there is discrimination against the dalits (and) adivasis in our community. It is a reality that there is caste discrimination in the Church too. The honour killing is a phenomenon in North India. The Dalits and Adivasis are not aware about the rights and privileges and laws for their protection. They are (sic) not even know to file a case against the exploiters. We have to work as advocates for these marginalized communities. We need collaboration between the dalits irrespective of faith and caste. We have to use the new media to bring the injustice against the dalits to the notice of the society. We have to (use) the new media to bring out the real facts and news of exploitation and injustice towards dalits. Justice should be the motive behind all our engagements”.
A part of the program was devoted to listening to stories from the field and actual experiences of caste-based discrimination against dalits. Perspectives from NGOs, Grassroots workers, Church and Church based organizations educated the participants on the various aspects of dalit situations while also giving insights into attempts being made to address these at various levels. People sharing their experiences and perspectives were Ms. Preety Kamble (Social worker and justice advocate), Mr. Prashant Bansode (Community enabler, Church of North India Nasik diocesan board of social services), Rev. James Ponraj (Chairperson, Urban Rural Mission and Director of Church of South India diocese of Madras diaconal ministry), Mr. Cyril David (CEO, Volkart Foundation), Ms. Sonam Dhivar (Coordinator, Community of Resource Organization India), and Mr. H. P. Deshmukh (Activist, Social worker and director of Yuva Gram Vikas Mandal). The sharing from these persons revealed the gravity of dalits’ situation especially in light of insufficient spaces or forums to tell their stories. The sharing sessions also revealed that sometimes their stories are told, but not in a way that garners serious attention much less focused efforts at countering the injustices. The lack of channels and inability to communicate their own concerns and bring to the fore their experiences of discrimination and injustices, has led to ignorance, unaddressed issues of inequality, inaccessibility to basic services, neglect, denial of rights and exclusion from the processes of decision-making and policy-making. It is important for people to be able to tell their own stories.
After understanding the context and background, it was clear that alternative ways are needed to address the issues which logically led to the sessions on digital frontiers and the potential therein. Training in Citizen Journalism was conducted by Mr. Christopher Joseph, India editor of Union of Catholic Asian Network (UCAN). His vast experience of journalism over 30 years, exemplary work as editor with one of the most definitive internet ecumenical news channels in Asia (http://www.ucanindia.in) and his personal passion for social justice all found expression in his very focused presentation of the concepts of Citizen Journalism and interactive training sessions starting from explanation about traditional journalism. He examined and clarified the basic characteristics of Citizen Journalism in terms of what it and what it is not, expounded the objectives and values of this form of advocacy and tied it up with the perspective and context examined in previous sessions to clearly bring out the merits of Citizen Journalism, its urgent need in India today as well as projected impact in society for wider public awareness and resulting processes towards remediation.
The closing session was taken by Rev. Caesar J. David in which the program was summarized in terms of its logical progression – moving from an understanding of the situation of oppression faced by dalits in India, to examining the failure of mainstream media in providing adequate space or way for the oppressed communities to communicate their concerns to the public and responsible agencies, and finally highlighting Citizen Journalism, using mobile technology, as an effective pathway to digital frontiers that can address the issues of communication rights and inclusion particularly in relation to the dispossessed and discriminated dalit community in India. 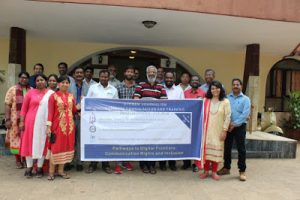 The Consultation and training program was unique in bringing various persons from multiple levels of responsibility and areas of leadership with specific objectives to share concerns over the dalit issues and to devise practical and active solutions using information and communication technology. The action point at the conclusion of the program, to which all participants pledged their consent and cooperation, was developing an android application to serve as a “Digital Reporting Tool for caste-based discrimination against dalits in India” which is expected to have a long-term and major impact by way of empowering this marginalized community. In a sense, the ‘training’ in citizen journalism will continue as the participants observe and learn from the various stages of development of this app, see the app as a prototype to be customized and used according to needs of other communities in their respective areas, and will also be part of the groups that undertake to promote the app ensuring its wider use by the public. Resource material including “no-nonsense guides” from WACC, reading material in citizen journalism, articles and studies about dalits in India, and pertinent educational videos were given to the participants for continuing to learn about citizen journalism even beyond the training received in this program, and for continuing to develop the concept to be used to achieve the objectives of ensuring communication rights, participation, inclusion and empowerment.
Rev. Caesar J. David
Executive Secretary,
Commission on Communications and Relations,
National Council of Churches in India.
Share this:
https://ncci1914.com/wp-content/uploads/2016/08/1.jpg 266 400 Communications http://ncci1914.com/wp-content/uploads/2018/05/NCCILOGO105-300x72.png Communications2016-03-19 17:12:232016-08-22 12:51:41Report of Citizen Journalism National Consultation and Training Program 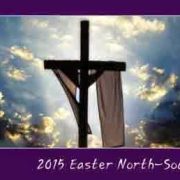 Easter Prayer for Reconciliation and Reunification of North and South Korea 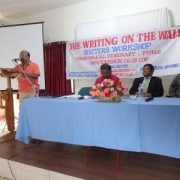 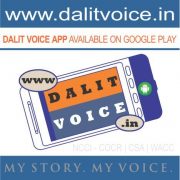 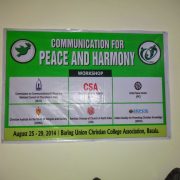 Bail granted to one of the 7 innocent convicts of Kandhamal.
Scroll to top