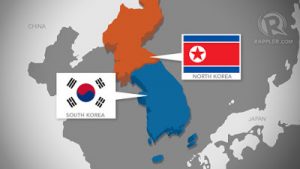 National Council of Churches in India  is concerned about, and solicits prayers for the situation between South Korea and North Korea in light of recent developments in cross-border tension.
Please read the mail received from CCA concerning this.
The Christian Conference of Asia is saddened to hear that tensions have escalated between South Korea and North Korea, following exchange of fire across their borders, prompting evacuation of residents nearby. It is reportedly the first major armed clash between the two countries, in five years.
In the beginning of the year 2015, leaders of both Koreas had “announced openly that they would open a new era for reconciliation and reunification as they were celebrating the 70th anniversary of liberation,” kindling hope and excitement among the people. Writing on behalf of the NCCK, Rev. Shin Seung Min, Director, Reconciliation and Unification Department said “in reality we are moving from the cold war to a hot war.”
The Reunification Committee of the NCCK called for an emergency meeting, and decided to demand that “both Koreas resolve the present crisis with peaceful means”.
The Committee said that one of the immediate actions for South Korea “would be to stop the broadcast, especially as the North had already expressed their willingness to a peace approach as long as South Korea stops broadcasts against North Korea.” Rev. Shin Seung Min requests our prayers at this time of crisis.
CCA requests all member churches and councils, the members of the executive committee and all ecumenical friends and partners to join us in praying for lasting peace and reconciliation, for protection of the citizens of both Koreas, especially, for those who live in the affected areas, and for our sisters and brothers who are untiringly working for reconciliation and reunification.
In my distress I called upon the Lord, and cried to my God for help; He heard my voice out of His temple. And my cry for help before Him came into His ears. Psalm 18:6
May our prayers rise before Him as incense; and the lifting up of our hands as the evening sacrifice.
Source: Susan Jacob (CCA Communications)
Share this:
https://ncci1914.com/wp-content/uploads/2015/08/north-south-korea-map-rappler.jpg 225 400 Communications https://ncci1914.com/wp-content/uploads/2021/03/ncci-new-logo-2-300x132.png Communications2015-08-24 10:52:162016-08-19 11:05:39North Korea - South Korea tension. Pray for Peace 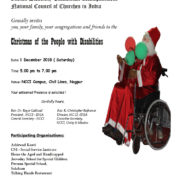 Christmas of the People with Disabilities 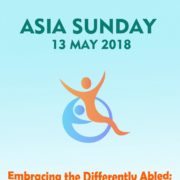 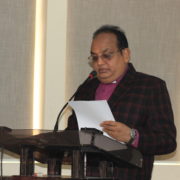 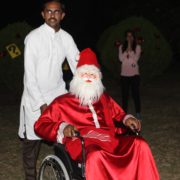 A Wheel Chaired Santa... made the Christmas Celebration Meaningful 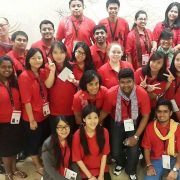