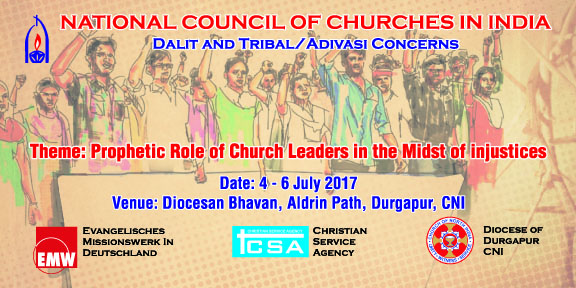 Today, the condition of Christian Dalits, Tribals and Adivasis is very precarious. It is important to remind ourselves that most of these people embraced the Christian faith at a critical time while facing serious caste atrocities and oppression in their places. Their motives for converting to Christianity were spiritually social, and they joined the church seeking solace and liberation. The Church received them with enthusiasm and initially did quite well both in terms of Christian nurture and caring for their overall progress. However, today these communities are experiencing a deep religious crisis. One of the most crucial areas is related to the problem of ineffective pastoral care, particularly when it comes to standing for socio- economic and political justice. As a people coming from a background of acute suppression, understandably these Christian communities generally tend to see the Church as their refuge, and their pastor as a leader and protector of their socio-spiritual life. Therefore, the somewhat non-existent pastoral visitation and care in their places/villages has created deep disappointment among them, so much so that they feel that the church/pastor is not interested in them and their life.

Further, what is most unfortunate is that the Dalits, Tribals and Adivasis are a marginalized community within some of the church traditions, existing as a non-entity, with practically no say in the decision making process in the church. Thus they are not only denied upward mobility in the society at large but also ironically, within the church.

Because of their poor self-image, which is the result of centuries of oppression, Dalits and Tribals/Adivasis do not appreciate themselves enough and do not accept their identity as something to be proud of. They have, to a good extent, forgotten their history, culture and religion, and their awareness of being the original inhabitants of the country is not much alive. And today they face the twofold onslaught of globalization and communalism. Tribal culture is further eroded by the loss of their communitarian values and sense of nature, along with that of their lands and forests, which were both their livelihood resources and their ‘mother’, the matrix of their culture and identity. The Dalit culture was also a “culture of solidarity, togetherness, sharing and participation”. Their “national integration” is often wrongly understood and interpreted as assimilation into the majority community.

The development of a positive identity, self-image and culture, which is indissolubly linked with the regaining of their economic and political rights, is therefore essential for Dalit and Tribal empowerment. Under these circumstances, the Church should wake up from its complacency and do some honest soul-searching and be faithful to its calling. To play a relevant role in the Christian Dalits/Tribals/Adivasis struggle for liberation, the church in particular, and the urban Christians in general, should undergo a sincere change of heart. There is no doubt that the apathetic or indifferent attitude of these people is one of the serious obstacles in the task of empowering them. Our theology has to be updated and the understanding of the Gospel must be made more relevant. Though this is very important and necessary, it is not enough to change some socio-economic and political structures and foster a greater representation of Dalits, Tribals and Adivasis. Mentalities must be transformed. The Church has a great responsibility to defend the rights of these communities and promote their culture and identity, both within and outside the Church. She must also foster their internal unity and prevent a separation between Christians and other Dalits/Tribals.  As a Church we need to help to explore the meaning of true spirituality, to participate actively in the struggles of oppressed people and practice their faith in praxis.

Christian concern for Dalit and Tribal/Adivasi liberation must be transformed into the mission of the Church. It would thus be one authentic expression of the Nazareth Manifesto of Jesus Christ.  This commitment to dalit and tribal/adivasi liberation is neither an extracurricular activity for a pleasant digression, nor is it a mere social service undertaken out of charity as other leaders may do. Since theology is not merely some ivory tower reflection but our commitment to the liberation of people, church leaders, pastors and all of us are called to express solidarity (a kind of incarnation) with struggling communities, and in so doing to reflect upon, interpret and articulate the gospel of salvation-liberation and fullness of life, thereby empowering the people in their struggles for justice, dignity and participatory space and holistic growth in society.

Hence it is urgent that a consultation is called on the prophetic role of Church Leaders in the midst of injustice suffered by vulnerable marginalized dalits and tribals/adivasis.