Very often Christians turn to biblical texts which seem to instruct Christians to be submissive to socio-political authorities. One such text is I Pet.2: 13-14.

For the Lord’s sake accept the authority of every human institution, whether of the emperor as supreme, or of governors, as sent by him to punish those who do wrong and to praise those who do right. (NRSV)

Where the NRSV says rather mildly “accept the authority of every human institution”, the RSV puts it strongly as “Be subject to every human institution.” It is biblical texts, such as this one, which have been interpreted to mean that Christian individuals and Churches must passively submit to the decrees of the ruling government or any other political, social, and religious authority. Such an interpretation does not encourage or exhort Church Leaders to play a prophetic role in society.

Did Peter really intend to assert that Christians should be submissive to every authority at all times?

The first epistle of Peter is said to have been written when Christians were facing persecution under the Roman Emperor Nero.[1] In the night of 18th July 64 C.E. a great fire broke out in the city of Rome and a large part of the city was engulfed in flames. Hundreds of public buildings were burned to the ground, hundreds of acres were blackened in the city, and thousands of homes were destroyed, so that thousands of the inhabitants of the city were left homeless. Most historians have concluded that the Emperor Nero got the fire started  in order that he might destroy the ramshackle buildings of Rome and thus acquire space  to erect some marble palaces and other monuments that he thought would establish his name in history. The populace was however incensed; they were ready to revolt and overthrow him.

So it is said, Nero quickly looked around for a scapegoat that he could blame for the fire: Christians! Christians in Rome were said to be a peculiar people, following a person called Christ, about whom strange things were said, and they themselves did very strange things. Christians were said to be cannibals, because they talked about getting together in their houses, drinking someone’s blood and eating his body. They spoke about “love feasts,” at which they greeted one another with a holy kiss, and shared their innermost problems with each other. This soon became enlarged into stories of sexual orgies. So they were a people already under deep suspicion. When the Emperor needed a scapegoat, therefore, he started the rumor around Rome that the Christians had burned down the city.

There were a lot of people, who refused to believe that, but there were some who did, and in order to enforce it the Emperor began a very serious series of persecutions against the Christians. It is said that during this time some Christians were dipped in tar and burned as torches to light the gardens of Nero when he threw an outdoor party. They were tied to his chariot and dragged through the streets of Rome until they were dead. They were thrown to the lions; they were tied up in leather bags and thrown into water so that when the leather bags shrank, the Christians were squeezed to death.

Now it was during this time of the outbreak of the persecution of Christians in Rome that the Apostle Peter wrote this letter. And he wrote it, most scholars believe, in Rome to “the exiles,” he says, or “the strangers in dispersion:

… To the exiles of the Dispersion in Pontus, Galatia,
Cappadocia, Asia, and Bithynia, chosen and destined
by God the Father and sanctified by the Spirit for
obedience to Jesus Christ and for sprinkling with his
blood. (1 Pet 1:1b-2a RSV)

Although 1 Peter does bare the form of a letter, the tone is that of a homiletical, paraenetic sermon designed to provide direction for believers under persecution; at times it also includes theological considerations which support the ethical exhortations.

If such be the context and purpose of writing the letter, was Peter really exhorting Christians to obey unjust and cruel leaders? Peter was in fact critical of the Roman rule. We get a clue about his critique in I Pet.5:13 where he writes, “Your sister church in Babylon, chosen together with you, sends you greetings; and so does my son Mark.”

Very significantly Peter refers to Rome as being “Babylon.” For the Jews, “Babylon” reminded them of the assault of the Babylonian Emperor, Nebuchadnezzar in the 6th century BCE.[2]

It all began in ca. 597 BCE. The gold and silver of the Jerusalem Temple and Royal Palace had been plundered, but both buildings still stood. King Nebuchadnezzar the Great of Babylon was marching victoriously back to Babylon, not only with these precious metals but also with several thousand Judean prisoners of war. Among them were King Jehoiachin and much of the Judean royal family (2 Kings 24). Things were bad, but they would get worse, as Nebuchadnezzar would return to Jerusalem some ten years later to avenge and to destroy. Nebuchadnezzar’s rationale was this: Zedekiah had become king of Judah after Jehoiachin was exiled, but he had not been the loyal vassal for whom Nebuchadnezzar had hoped. Nebuchadnezzar was angry, he came to Jerusalem and besieged it for some eighteen to twenty months, beginning around 587 BCE (2 Kings 25).

Conditions inside Jerusalem soon became desperate. The book of Kings laconically states that during the terminal portion of the siege “the famine became so severe that there was no food for the people” (2 Kings 25:3). But the poet of Lamentations paints the picture more poignantly, “the hands of compassionate women had boiled their children, they became food for them” (Lam 4:10). Desperation reigned. Then things deteriorated further. The walls were breached and the Temple and Palace were burned to the ground, along with all the houses of Jerusalem (2 Kings 25:9). And brutality of a different sort began as hand-to-hand combat concluded: “women in Zion were raped, virgins (raped) in the cities of Judah” and “princes were hung by their hands” (Lam 5:11, 12). Words could not adequately describe the horror.

Zedekiah had abandoned Jerusalem shortly before its fall. But he and his young sons were captured near Jericho, deserted by the armed Judean soldiers who had pledged to protect them. Nebuchadnezzar decreed that Zedekiah and his sons be brought forward. They were, and then Zedekiah’s young sons were brutally slaughtered before their loving father’s eyes. At that point, a Babylonian soldier gouged out the Judean king’s eyes, his last visual memory now a haunting one. Zedekiah was led away in chains to Babylon (2 Kings 25:7). The year was 586 BCE. Thus Babylon for the Jews symbolized evil, corruption and tyranny.

Not only I Peter, but also the book of Revelation identifies Rome with Babylon.

Numerous verses in the book of Revelation warn against Babylon, and admonish God’s people to come out of Babylon.

“Fallen, fallen is Babylon the great! She has made all nations drink of the wine of the wrath of her fornication.”

The message of Rev. 14: 8 is repeated more forcefully in Revelation 18:2 and reveals the spiritual decay of this system:

He called out with a mighty voice,

Revelation 18:4 holds an even stronger admonition:

John, the author of the book of Revelation, could not openly identify Rome because that would have invited more persecution from the Romans. So he coded Revelation with the word “Babylon,” which the Early Church understood was Rome, the great city of their time.

If Rome was Babylon, how could Peter  then advise Christians to obey such an evil power as seems to be implied in our traditional interpretation of I Pet. 2:13-14?

In fact, though Peter was advising his readers to be subject to every human institutional authority, Peter himself did not obey such authority when it did not accord with God’s ways.

In Acts chapter 4:5-6 we read that Peter and John were hauled up before the rulers of the synagogue and elders and scribes with Annas the High Priest and Caiaphas and John and Alexander, and all who were of the high priestly family. In Acts 4:18, Peter and John were charged by the authorities not to speak or teach at all in the name of Jesus.

However Peter and John replied:  “Whether it is right in God’s sight to listen to you rather than to God, you must judge; 20 for we cannot keep from speaking about what we have seen and heard.” (Acts 4;19-20)

So Peter was not going to subject himself to the ruling Jewish authority!

Then what did Peter mean when he said in I Peter 2:13-13 that we should be subject to every human authoritative institution?

On the other hand, a regime is   a “system of rule”. This can be viewed as an ideology where it is a form of governing. Although a military regime crops to mind when   thinking of control political powers, we must also remember there are other types of regimes, i.e. Tyranny, Oligarchy, democracy, monarchy, aristocracy etc. Peter was not exhorting Christians to be submissive to unethical, corrupt and unjust regimes.

Hence there is a challenge for Church leaders to play a prophetic role in the midst of injustices.

Living under the rule of the Roman Empire and their agents and that of the Jewish authorities of his time, Jesus envisioned the urgency of justice, freedom and well-being of all in the society. So he declared his God-given mission through the Nazareth Manifesto (Luke 4:18-19):

“The Spirit of the Lord is upon me,
because he has anointed me
to bring good news to the poor.
He has sent me to proclaim release to the captives
and recovery of sight to the blind,
to let the oppressed go free,
19 to proclaim the year of the Lord’s favor.”

The year of the Lord’s favor was the Jubilee Year which the Jews were called to observe every fifty years. The Jubilee Year was characterized by Community Repentance, Ecological Rest, Economic Reform and Social Reform (cf. Lev. Chap. 25). In the midst of injustices in the society of his time and his commitment to God’s mission, Jesus was not afraid of calling the unsavory and unscrupulous puppet ruler King Herod Antipas, a “fox” (Luke 13: 32), asserting that he would boldly continue to carry on the mission of entrusted to him of the reign of God. Nor was Jesus afraid of the authoritative Scribes and Pharisees of Judaism, whom he called “Hypocrites.”(cf. Matt. Chap. 23).

[1]“ Historical Background to First Peter,” http://timshen.faithweb.com/1pet/topic6.htm
[2] The narration below is taken from “Nebuchadnezzar’s Destruction of Jerusalem, The Cyrus Cylinder, and the Building of the Second Temple,” http://www.rollstonepigraphy.com/?p=544

SOURCE: This article, written by Rev. Dr. Roger Gaikwad, General Secretary of National Council of Churches in India, was first presented in the course of a Consultation organized by NCCI’s Dalit and Tribal / Adivasi concerns “Prophetic Role of Church Leaders in the midst of injustices” (Durgapur | July 4 – 6, 2017) and later published in NCC Review August 2017 (Vol. CXXXVIII, No. 7). 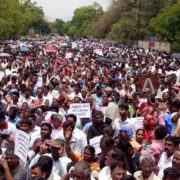 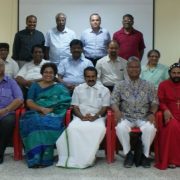 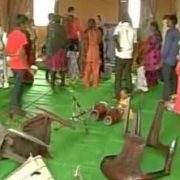 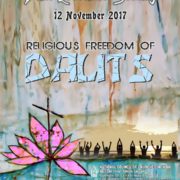