We have travelled a long way, as people(s) of one nation. Over the last 72 years we have planned together; we have implemented them together, we have evaluated ourselves together, we have voted governments to power, and we have changed them at will. It has always been as one nation but, more importantly, as one nation nuanced differentially – and that is the key to our existence as a secular, socialist, democratic, republic.

We have held ourselves together through the critical complementarities of the different faiths that we profess and the many beliefs that we hold. Despite provocations and accusations to the contrary, we have never dared to force individual convictions on the other. As a large and vibrant democracy we have always made space for all especially the least amidst us. As a large and vibrant democracy we have ensured to ourselves, and proved to the world, that the strength of any democracy lies in how its minorities are treated.

As we move on and mature, we recognise the need to exercise discretion and discernment. We recognise that the uni-polar world and its proponents the free and unbridled market, along with the accompanying individualistic ideologies and fascist tendencies, has the potential to be apathetic to the needs of the least amidst us; power in terms of sheer arithmetic has the potency to count the least out – be it ethnic, religious, economic, or the social in terms of the people with disability and those with different sexual orientations and gender identities.

As we mark the anniversary of our independence this year, the National Council of Churches in India (NCCI) representing the Christians of the protestant and orthodox faith traditions, and serving the nation through its 75 institutional national constituents including 30 mainline protestant and orthodox nation-wide churches, pledges its commitment to all fellow citizens who uphold the values of pluralistic society in continuing to nurture the spirit of secularism and participative democracy as core values of our being and growing together. In pledging thus the NCCI commits to and calls on fellow citizens to such a collaborative search and concerted exercise of discretion and discernment – that which will bless the country as an abode and haven of all. 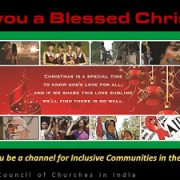 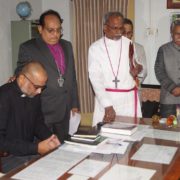 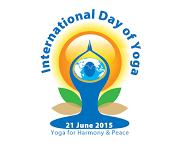 Christian communities hurt over being discredited by responsible authoritie...
Scroll to top