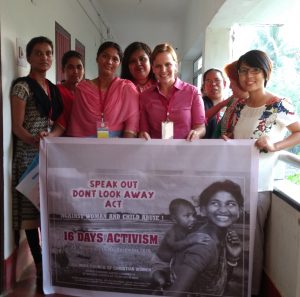 All India Baptist Fellowship organized a Women’s Forum from 25th – 27th November 2016 in Chandipur Odisha to discuss about the role of women in Church and strategize to promote women’s ordination. 25 key  women  leaders from 12 Baptist Conventions from Bengal, Bihar, Orissa and North Eastern states attended this Forum .  There were women leaders also in this forum who are ordained. According to Mrs .Katie Longkumer- Development Consultant of Council of Baptist Churches in North East India (CBCNEI) and Rev Narola  Coordinator of this Forum,  “ This is an historic event in All India Baptist  Fellowship in its journey to promote partnership of women in ministry.”

Ms. Moumita Biswas Executive Secretary of All India Council of Christian Women ( AICCW)  of NCCI  was invited to facilitate  discussion  on Ordination of Women,  role of women in Baptist Church in partnership with males, and to conduct Bible studies. Ms. Biswas states that   ‘accompanying member churches are a part and parcel of NCCI’s ministry in just inclusive Communities’. NCCI’s  dialogue with leaders of Baptist Church regarding promoting women in decision, and churches’ effort to eradicating the culture of violence against women gained momentum when Rev. Tako Longkumer – India Director of International Ministries of Baptist Church,  and Mr Paul A. Vick – Treasurer of Board of International Ministries of American Baptist Church visited NCCI office in Delhi in March 2016.  Keen  initiative was taken by Rev. Dr. Solomon Rongpi, General Secretary of CBCNEI  to initiate this  process of discussion, dialogue and strategizing  to promote ‘Discipleship of Equals’  and  women  leadership role in Baptist Churches.  According to Rev. Dr. Roger Gaikwad, General Secretary of NCCI, ‘Indian  Churches have a prophetic role to end the culture of violence against women in India, and promote women in decision making. NCCI will journey with  member churches through its women’s Commission AICCW to accompany churches in this process for building Just and Inclusive communities. We congratulate All India Baptist Fellowship for such efforts.’

According to Ms. Moumita Biswas, ‘This Forum not only helped us to strategize regarding promoting “Discipleship of Equals”, but also to link and introduce Baptist women leaders to national and global ecumenical networking, prayer movement and campaigns. We shared about Fellowship of Least Coin Movement, World Day of Prayer Movement  that unites women around the world to reflect, pray in action, and journey towards building peace, promote  justice, healing and reconciliation .’

Miss Hungreiphy Zas,  a  theologically trained young indigenous  woman from Baptist Church in Manipur serving as intern in AICCW shared that  ‘Being part of AICCW, I have been actively involved in promoting the UN declared “16 Days Activism Campaign  Against Violence on Women” which starts from 25th November – 10th December among  women’s fellowship of member churches of NCCI. During this Forum  we introduced  16 Days of Activism  and Thursdays in  Black Campaign (Campaign that promotes world free of rape and gender-based violence). I had the opportunity to dialogue with young women leaders  and we  together shared our dreams to be ordained and give the equal ministry involved in  decision-making process of Church and society.  As women pastors we can be salt and leaven.’ 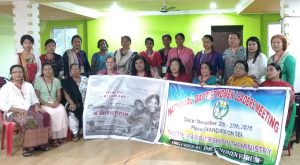 The participants, during discussion and strategizing, shared that the number of women ordained in Indian Churches cannot be the yard stick to decide churches’ stand on gender equality and how progressive a church is in promoting  gender justice. What is important  is whether the church really involves women and ordained women in decision-making process and acknowledges their contribution as that of male ordained priests. Ordained women may face discrimination within the church by its own members, even leaders, or due to church policies.  Hence Indian Churches need to strategize to equip its leaders and congregations to understand what the real meaning of discipleship of equals, gender justice and equality is.

According to Ms.  Tingneilhing Kipgen, Women Secretary of  Manipur Baptist Convention, and an Executive Committee Member of  NCCI, ‘There are many theologically trained women within the Baptist Church who are engaged in ministry. Some Baptist Churches in India have started ordaining women. However the greatest challenge women face in Indian churches is that once they are married, they have to move to their husband’s place and leave their home church where they are employed. This phenomenon leads to the end of women’s ordained ministry as most of the time later on they do not find scope or space to be accommodated in other churches. Moreover,  our  Indian society  is based on patriarchal ideologies which define gender roles where  women, especially after marriage are expected to  prioritize the family.  Since ministerial work demands more time and does not have fixed working hours or no properly defined work hours within a week, women struggle to balance between home and ministerial work and there is immense work load and pressure. It is in such context that churches should really look into its policies to promote and retain  women in ministry. 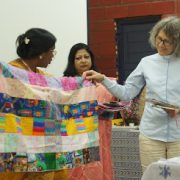 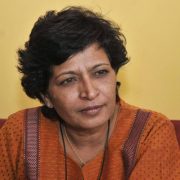 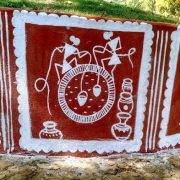 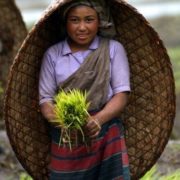 Dalit Liberation Sunday-2016 observed jointly by the UELCI and the Gurukul Lutheran...