Pray for and Express Solidarity with Palestinians

This year marks the 70th year of Nakba:  Nakba Day , Yawm an-Nakba, meaning “Day of the Catastrophe” is generally commemorated on 15 May. The day was inaugurated by Yasser Arafat in 1998. For the Palestinians it is an annual day of commemoration of the displacement that preceded and followed the Israeli Declaration of independence in 1948. During the 1948 Palestine War, an estimated 700,000 Palestinians fled or were expelled , and hundreds of Palestinian towns and villages were depopulated  and destroyed. These refugees and their descendants number several million people, divided between Jordan (2 million), Lebanon (427,057), Syria (477,700), the West Bank (788,108) and the Gaza Strip (1.1 million), with at least another quarter of a million internally displaced Palestinians in Israel. The displacement, dispossession and dispersal of the Palestinian people is known to them as an-Nakba, meaning “catastrophe” or “disaster”.

US Embassy to be moved to Jerusalem: President Trump announced late last year that the U.S. will formally recognize Jerusalem as the capital of Israel – and it looks like the new U.S. embassy in Jerusalem  will open in May 2018 in order to coincide with the 70th anniversary of Israel declaring its independence, the Trump administration said on Feb. 23.The Trump administration’s decision to recognize Jerusalem as the capital was heralded by many pro-Israel activists but decried by Palestinians and America’s Arab allies. Religious leaders, including Pope Francis and Christians living in Israel, have expressed dire concerns that the move would incite unrest in the volatile region.”We are certain that such steps will yield increased hatred, conflict, violence and suffering in Jerusalem and the Holy Land, moving us farther from the goal of unity and deeper toward destructive division,” 13 Patriarchs and leaders of Christian Orthodox communities have written in an open letter to Trump. American Muslims have expressed nearly universal dismay at the move. “In an already volatile region, Mr. Trump’s action will be akin to dousing gasoline on a burning fire,” said Ebrahim Moosa, a professor of Islamic studies at the University of Notre Dame. “The US will also sign itself into irrelevance in Mideast matters…”

Israeli occupation of Palestine: At the heart of the Israel/Palestine conflict today lies the question of the Palestinian territories occupied by Israel since the war of 1967, which include the West Bank, Gaza Strip and East Jerusalem. Key issues that have plagued the stalled “peace process” include: Israel’s occupation, Israeli settlements and settlement-building, the Israeli wall, security for Israelis and Palestinians, shared sovereignty over Jerusalem, and the right of return of 3.7 million stateless Palestinian refugees.

Not only has the Occupation shrink the dwelling places of Palestinians, but also the occupation affects almost every aspect of Palestinians’ lives in the West Bank, the Gaza Strip and East Jerusalem (cf. https://www.huffingtonpost.in/entry/things-palestinians-cant-do_us_586554d4e4b0eb58648895bc):

As we pray for and express solidarity with the Palestinians, let us also be sensitive about different expressions of injustices happening all around us, which call for our commitment to justice. 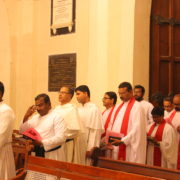 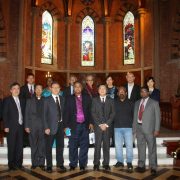 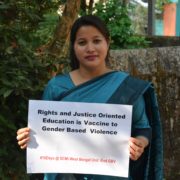 Extremists who seek to victimize those of another faith are strongly condem...

An Open Letter from Bishop Most Revd Thomas K. Oommen (Moderator, Church of...
Scroll to top