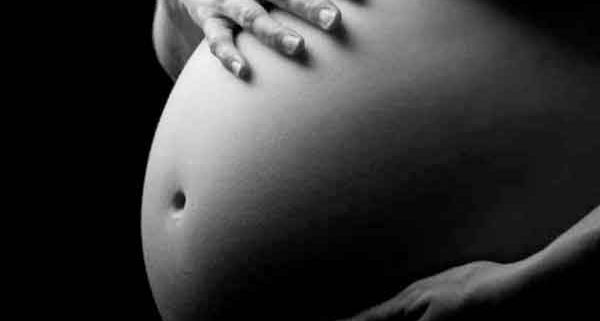 With this, India has become the country with the third highest Maternity Leave,  Canada and Norway grant 50 weeks and 44 weeks respectively as paid maternity leave. The Rajya Sabha had passed it in August last year. (source: www.timesofindia.indatimes.com, accessed on 12 March 2017)

Women and Child Development Minister Maneka  Gandhi  said this was a major step towards empowering women. “I am very, very happy we have made history today. This will help thousands of women and produce much healthier children. We have been working on it for a long time,”she said.

The World Health Organization recommends that every child should be breastfed within an hour of birth and given only breast milk for their first six months of life. Breastfeeding should ideally continue up to the age of two, along with complementary food. In India, proper breastfeeding could reduce thousands of child deaths and episodes of diarrhoea and pneumonia annually.

Mrs Maneka Gandhi further states that “ After giving birth, a woman’s body needs to heal over a period of time. It is a very stressful time for the mother, who should be with the child. Moreover the Bill has its roots in malnutrition, as breast feeding the child is recommended which is not possible unless the mother is in physical proximity of the child.”

The Maternity Benefit Act, 1961 protects the employment of a woman during the time of her maternity and entitles her to full paid absence from work to take care of her child. Among other things, the bill provides for 12 weeks of maternity leave to a woman who legally adopts a child under three months of age and a commissioning mother (defined as a biological mother) who uses her egg to have a surrogate child.

The bill also requires every establishment with 50 or more employees to provide creche facilities within a prescribed distance. The woman will be allowed four visits to the creche a day. This will include her interval for rest.It has also made a provision under which an employer can permit a woman to work from home, if the nature of work assigned permits.

Labour Minister Bandaru Dattatreya said that the amendments were “progressive” in nature and would have “positive impact” on women participation and improve their “work life balance”. It would be expected of the employer to inform women about the maternity  benefits at the time of employment. He appreciated the role of some states like Tamil Nadu which are providing more benefits over and above what is mandated in the central statutes. ( www.bussiness.standard,com, accessed on 12th March 2017)

However there are certain short comings of the amended law passed by the Parliament. It   excludes women from the unorganized sector. Any woman working in agricultural, commercial or industrial establishments or shops with 10 persons or more is entitled to benefits under the Act. This leaves out many women who work from home – for instance, to roll bidis – or work at very small establishments, often without a fixed employer. “These women are left out and need the salary support,” said Jasodhara Dasgupta of Sahayog, a non-profit organization that works for the health rights of women in Lucknow. “They cannot keep the baby at home alone and go back to work.” If a woman does not have a fixed employer, it should not mean that the woman is not entitled to benefit”,  Dasgupta said. (source: www.scroll.in, accessed on 12 March 2017)

According to Dipa  Sinha, a Right to Food Campaigner “If a woman has two or more children, the maternity benefits remain just 12 weeks. This penalizes women who have more children. Women who have more than two children do not necessarily choose to get pregnant. Many have no reproductive rights, or have no access to contraception.” ( Source: www.scroll.in accessed on 12 March 2017)

Moumita Biswas, NCCI Executive Secretary – Women’s Concerns,  states  “National Council of Churches  in India  has been   engaged in advocacy for promoting maternal, sexual, reproductive health justice and rights of women and supporting pro-women work ethics. Unable to bear the stress of balancing professional life with nurturing the baby, women leave their jobs. 25 percent women leave their jobs after delivery in India in the organized sector.  This amendment helps us to move a step forward. We  need to engage in advocacy for bringing in more amendments.  It is the duty of prophetic churches in engaging in advocacy for rights of women in  unorganized sector also.”

Chalo Nagpur March ! Women’s Action for Justice and Peace Against the...
Scroll to top