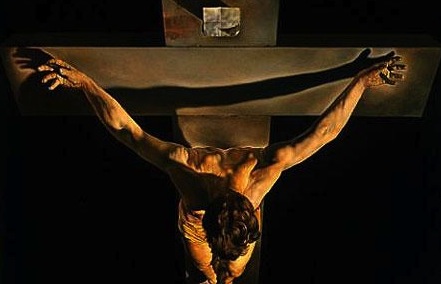 ‘Happy Good Friday to you’, greeted my learned Hindu friend, one Good Friday, though I was puzzled about the prefix ‘Happy’. I thanked my friend and we departed.

This unusual greeting set me thinking about my own faith and the faith of my friends living in a religious pluralistic society like ours.  From my Hindu friend’s point of view any religious observance is basically both Good and Happy.  More so, because, Friday of the Holy Week is universally known as ‘Good Friday’.  The numerous Greetings like ‘Happy Diwali’, ‘Happy Id’, ‘Happy Christmas’, ‘Happy Dushera’, etc are exchanged in India.  While it does denote secular outlook and religious tolerance it also shows that individuals lack a true understanding of each other’s faith. One’s faith is regarded as a purely personal matter and is to be observed on certain designated occasions.  This was true prior to the coming of Jesus Christ who revolutionized the world view of Religion, Faith and The life of people.

The Historic Christ, who lived during the reign of Herod and Pilate in Rome in the first millennium, was manifested in Human form of the Triune God, comprising the Father, the Son and the Holy Spirit.  The Humanity hitherto was lost in the worst decadence of moral and spiritual bankruptcy.  The religious priests, teachers and scholars of the time had conveniently forgotten the prophecy in the Old Testament that a Saviour would come into the sinful world and sacrifice his life to save the Humanity from total annihilation, the only way to atone for the Salvation for the sinful was for someone Holy, Righteous, Unblemished, willing to undergo vicarious suffering and to sacrifice His own life.  Such an impossible task could not have been accomplished by any sinful person.  Such a crucial situation necessitated a holy sacrifice of a person.  Jesus had to intervene in order to lay down His sinless life so that the whole humanity may have life and hope to life eternal without ever having any price to pay by way of undertaking arduous pilgrimages and performing religious injunctions save gracefully believe in the saving act of Jesus Christ.

It was a Holy Sacrifice that even death could not contain of course it was the only alternative to obtain salvation for others.  It was not an easy task to give up one’s life for the sake of human kind but for Jesus Christ it was his mission and he felt he had to accomplish it so that people would live in the hope of Salvation and Eternal life.

Imagine for a moment what would have happened otherwise?

For it was only in dying that a new life was possible.  Unless a seed that is sown ‘dies’ it cannot sprout to new life.  Therefore, this process of ‘dying’ or ‘decaying’ is a necessary condition for new life to come into being.

Because Jesus Christ has demonstrated this fact, no human person, irrespective one’s creed, class or nationality need be afraid of death.  In fact, since Jesus resurrected from death on the third day called Easter the everlasting hope is held out to anyone who recognizes this truth.  Is it a dogma one is obliged to observe?  The answer to this is an emphatic ‘No’.  It is as simple as asking someone do you want to live or die?  If the person answers in the affirmative is it dogmatic?  Jesus Christ never intended to establish a religion of creed and dogmas.

He said “Do not think that I came to destroy the law or the prophets.  I do not come to destroy the law but to fulfill.”  Again if you are asked: ‘Do you want to be loved, cared and accepted and if you answer in the affirmative is it a crime?  Any right person will only say it is perfectly human to expect to be loved, cared and accepted by other human beings.

One can be humane without a dogmatic religion.  In India, unfortunately, the mindset is very deep rooted among the people who have resigned to their fate of suffering in the hope of reincarnation.  Many cases may be cited: Widows, Mentally Handicapped, Physically Disabled, Dowry Practice, persons in abject poverty to this one may add the cases of the persons afflicted by HIV, jobless youth, child labour and the like.  It is the enlightened people of the society who should take up their cause and bring hope to these ‘hopeless’ persons.

This hope can be by way of extending of one’s concern, love and warmth which have been denied to them.  It can be done by changing one’s attitude towards life, nature and divinity.  It is an experience exemplified by Mahatma Gandhi and Mother Teresa whose lives preached the act of love without uttering a word!

Similarly, The historic Jesus who lived two thousand years ago in Jerusalem demonstrated His love and concern for the oppressed and marginalized people who were made victims of oppressors the so called religious teachers and scribes had been taught to practice the dogmas and creeds to the minutest detail that they had become insensitive to the problems of the people their only concern was to apply the religious laws strictly without regard to the human concern.

They thought they were extending justice sanctioned by the law while in fact they were destroying the life itself by extortion and other inhuman practices.  They ruled by law without love when Jesus appeared, he revolutionized the Law, for he said, I have not come to destroy the law but to fulfill it.  Here the Reference was to that Law of Divine that was to bring love, hope and liberation for the oppressed people.

So Jesus became the prime target of Pharisees and religious teachers who were fighting a losing battle they plotted to eliminate Jesus from the scene.  But even a brief people of only three years of his ministry Jesus had proved beyond doubt that forgiveness of one’s enemy, love of God and respect for all life only can lead world to immortality.

For what does a man profit if he gains the whole world, and loses his own soul?  or ‘What will a man give in exchange for his soul?  Jesus asked his audience.

Today as the world stands at crossroads of social ills like Global exploitation, extortion, terrorism, inhuman practices and self-aggrandizement in the garb of development, one will do well to pause and ask the above question and find an answer that is conducive to life eternal.  So the upholders of the law crucified Jesus as per the provisions of the Law only to realize that their sinful humanity stood exposed in the face of divinity of Jesus who even while undergoing the agony of the torture on the cross prayed “Father, forgive them for they do not know what they do”.

We are grateful to Dr. James. S. Murthy for writing  his reflection on Good Friday and sharing it with us. 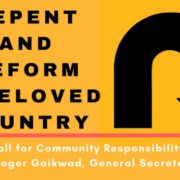 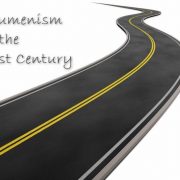 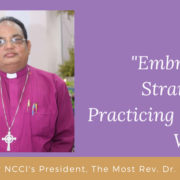 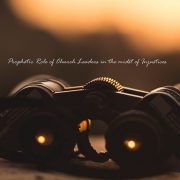 Prophetic role of Church leaders in the midst of injustices: A Biblical insight.
0 replies

Church Leaders Consultation on “Healing Ministry and the Role of the Churches...

Easter Message from General Secretary of NCCI – “Who will roll away...
Scroll to top