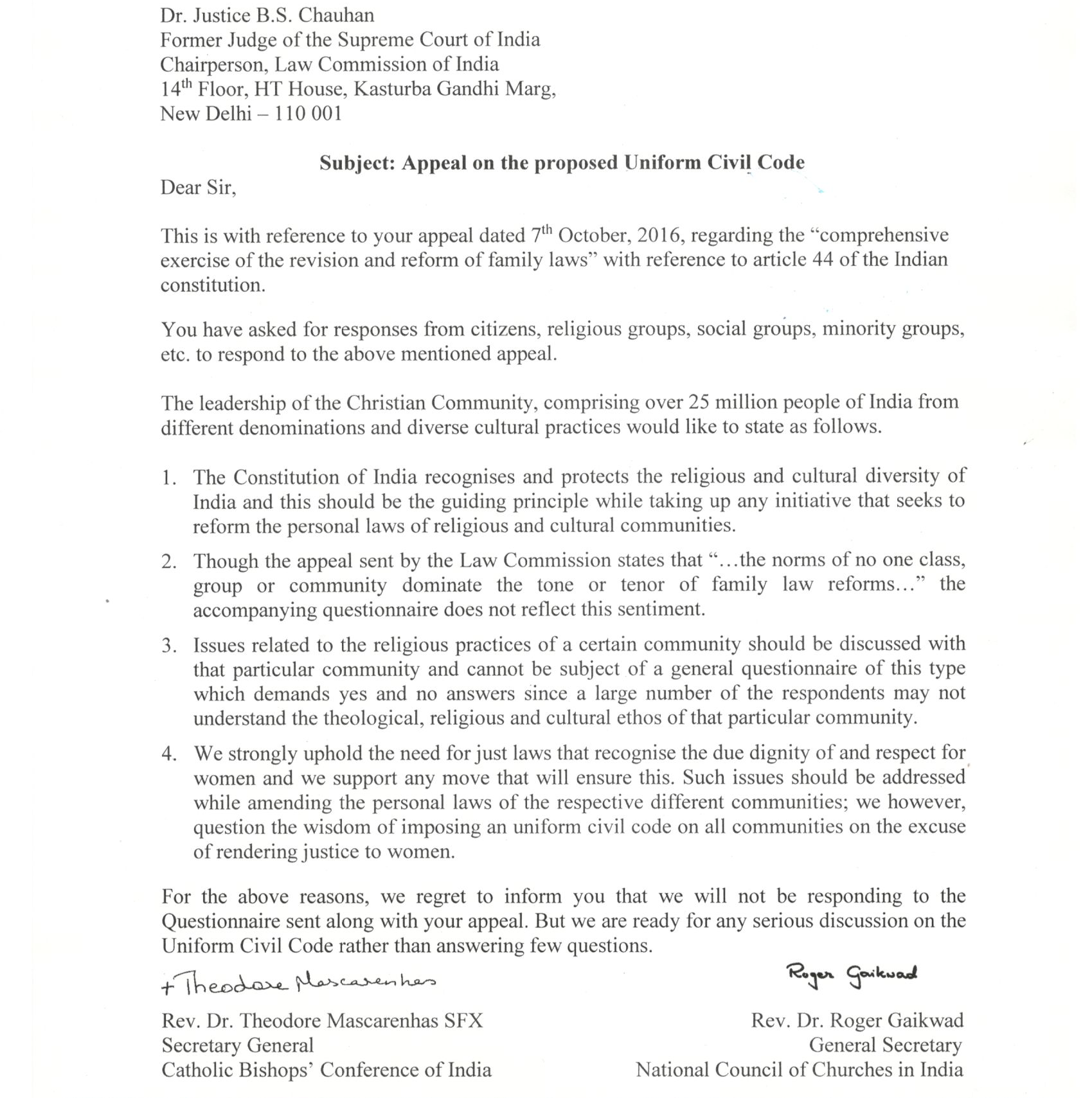 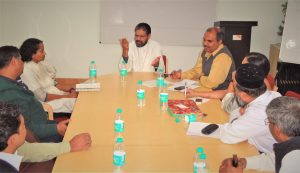 The National Council of Churches in India (NCCI) & Catholic Bishops Conference of India (CBCI) in a brainstorming session on the Uniform Civil Code on 16 November 2016 at World Vision Hall, CNI Bhavan in New Delhi. 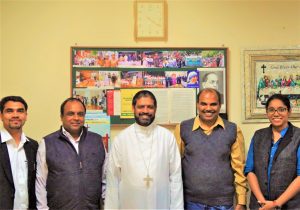 The Catholic Bishops Conference of India (CBCI) Secretary General Bishop Theodore Mascarenhas visited NCCI Delhi Office on 16th November 2016. It was a great honour for us to welcome him.

END_OF_DOCUMENT_TOKEN_TO_BE_REPLACED 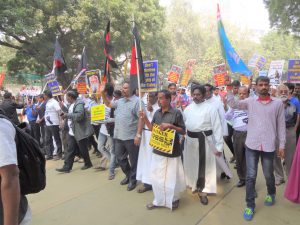 The Joint Action Committee against the Proposed Anti-People Education Policy (JACAAPEP) organised a mass movement on 17th November 2016 advocating that education should address the real needs of the people. The protest rally began with a march from Mandi House to Jantar Mantar in New Delhi at 11 am. It  culminated in a protest meeting at Parliament Street  senior leaders of all Opposition political parties, Youth & Student Unions, Civil Society, Minority Institutions, Women’s Groups, Trade Unions, Teachers & Human Rights activists addressed the gathering. 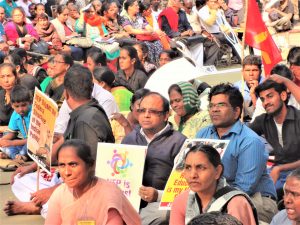 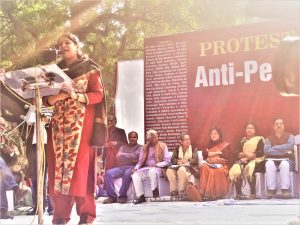 NCCI Vice-President Ms. Aleyamma Thomas along with representatives from Church of South India (CSI) also participated in this protest meeting.

We are happy to circulate newspaper articles related to the topic of Uniform Civil Code written by different authors. We hope that these materials will help you to broaden your understanding on this subject.  When you respond to the Law Commission, kindly mark a copy to NCCI, Delhi Office also for further follow- up.

Wajahat Habibullah, a retired civil servant, has served as Chief Information Commissioner and Chairperson of the National Commission for Minorities.

Thirteen years ago, Justice V.R. Krishna Iyer, pleaded in a piece titled ‘Unifying personal laws’ in The Hindu (September 6, 2003): “My powerful plea is that the personal laws may be reformed from within, without a quantum leap into a common code. Remarkable changes in Islamic laws are possible without violating the Quran but adopting progressive hermeneutics.” The issue described as ‘triple talaq’ has unnecessarily been confused with the issue of a uniform civil code, thus thrusting India’s minority Muslim community into the defensive. But this dilemma is essentially a question of whether the Supreme Court can pronounce on an issue of personal law. It is my case that it not only can, but must.

Ruling in the Shah Bano case

END_OF_DOCUMENT_TOKEN_TO_BE_REPLACED 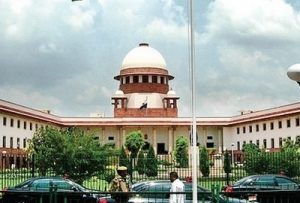 The Supreme Court on Thursday said Parliament has done nothing in the last two decades to stop misuse of religion for electoral gains.

The apex court’s seven-judge Constitution Bench asked why it (court) should not step in to make seeking of votes by raking up religion a corrupt electoral practise under the Representation of People Act.

Observing that Parliament did noting since 1996 when a five-judge bench made a reference to a seven-judge bench on the impact of using Hindutva in elections vis-a-vis Section 132 (3) of the Act, Chief Justice T.S. Thakur asked if it (Parliament) was waiting for the apex court to pronounce a verdict as in case of curbing sexual harassment at work places through what are known as Vishaka guidelines.

“Parliament has done nothing in the last 20 years while the reference was pending. Maybe it is waiting for us to pronounce judgment like in the sexual harassment case,” said Chief Justice Takhur, who is heading the bench. 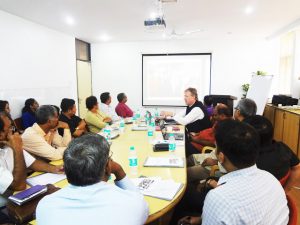 The National Council of Churches in India (NCCI), Church of North India (CNI) Synod and Evangelische Kirche in Deutschland (EKD)  called  the 1st planning meeting for ‘500 years of Reformation Anniversary’ in Delhi on 21st October 2016 at CNI Bhavan. 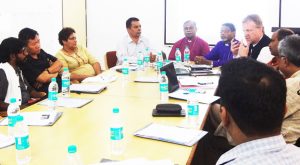 The Most Rev. P.K. Samantaroy, Moderator, CNI presided over the meeting. Rev. Dr. Paul Swarup, CNI reflected on the history of Reformation, Martin Luther’s role and its relevance in today’s world. Rev. Markus Lesinski, EKD, deliberated over 12 points on the impacts and challenges of the Global Reformation Celebration. Over 22 people from various churches and Christian organizations  attended the meeting.

In order to discuss further plans for the celebrations, the next meeting will be held  on 21st November 2016 .

https://ncci1914.com/wp-content/uploads/2016/10/DSC02752.jpg 480 640 Caesar David http://ncci1914.com/wp-content/uploads/2018/05/NCCILOGO105-300x72.png Caesar David2016-10-23 11:41:012016-10-23 11:41:01Planning Meeting for '500 Years of Reformation Anniversary' - NCCI, CNI Synod and EKD
National Council of Churches in India encourages  member churches and institutions to avail the opportunities offered by Ministry of Minority Affairs.The details about the scholarships and the links of the related websites are given below:
It is mandatory for all students to apply online on:
http://www.momascholarship.gov.in
http://www.scholarships.gov.in
http://www.registrations.scholarships.gov.in
Documents to be attached:

END_OF_DOCUMENT_TOKEN_TO_BE_REPLACED

The Constitution enshrines the equal treatment of all religious communities, along with freedom of religion and conscience (Article 25). Granting Scheduled Caste status to Sikhs and Buddhist of Scheduled Caste origin has not weakened Hindu religion or encouraged conversions to those religions. How can Honorable Thawar Chand Gehlot, the Minister for Social Justice and Empowerment, come to the conclusion that granting SC Status to Dalit Christians and Dalit Muslims would weaken Hinduism and encourage conversions?

It is not the Indian Constitution, but it is the Presidential Order 1950, paragraph 3 that discriminates against the Christians and Muslims of Scheduled Caste origin. We urge the Minister to speak an inclusive language. His remarks are a smack of divisive language which divides the Dalit community on the basis of religion.
The Honorable Prime Minister Modi should not just give verbal assurances and empty promises, but act concretely on the norms of the Constitution. Prime Minister rightly said in the Parliament ‘India first’ is the only religion and Constitution the only ‘holy book’ for his government, according to which he should be committed to working for all sections of people irrespective of religious affiliations. He must guarantee equality to all citizens; he must see that the majority does not force its will on minority communities to exclude and marginalize them which will impede the development of the nation.
To protest against the undemocratic and exclusive language of the Minister for Social Justice and Empowerment and to demand SC Status for Dalit Christians and Dalit Muslims, a Public protest meeting was held on 10th March 2016 at Jantar Mantar from 9 a.m to 4 p.m. Five thousand people from all over India participated. Students from AICUF performed traditional drum dance. Participants from different states sung awareness songs in different languages.
His Eminence Baselios Cardinal Cleemis – the President of the CBCI, Bishop Philipose Mar Chrysostom Mar Thoma Valiya Metropolitan, Most Rev. Dyvasirvadam, Moderator Church of South India, Mrs. Ramani Ramya Krupa, Chairperson, Commission on Dalit, NCCI, Rev. Dr. D.R. Sadanada, General Secretary, CSI, Most. Rev. P.K. Samantaory, Moderator Church of North India (CNI), Rt. Rev. P. C. Singh, Deputy Moderator CNI, Bishop Geevarghese Mor Coorlios, Chair person SCMI, Bishop Subodh C. Mondal, President North West India Council of Churches, Rt. Rev. Edwin Jaykumar, TELC, Most Rev.Bp.Neethinathan – the Chairman of CBCI Office for SC/BC, Mr. A. Dana -, President, National Council of Dalit Christians, Fr. AXJ. Bosco, S.J. – National Advisor, NCDC, Mr. Alwan Masih – General Secretary, NCCI, Hon. Ali Anwar Ansari – MP, Hon. JD Seelam MP many Bishops, Priests, Nuns, Pastors, Maulanas, Christian and Muslim leaders and Political leaders from all over India participated in the Protest Rally and Public Meeting.
A memorandum was given to the Prime Minister to grant Scheduled Caste Status to Dalit Christians and Dalit Muslims.
Reported by
NCDC, CBCI and NCCI. 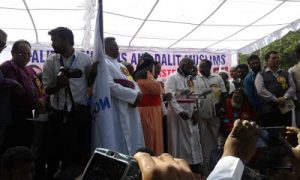 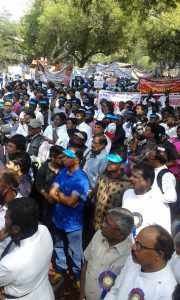 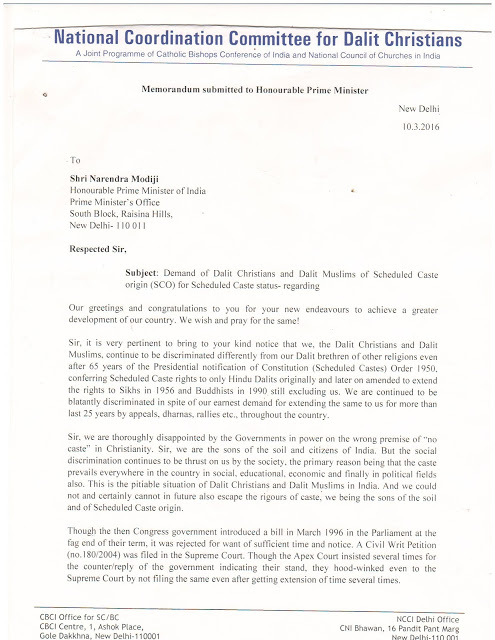 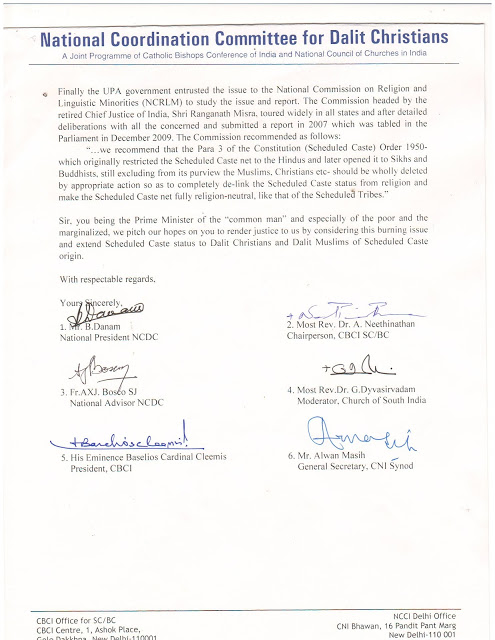 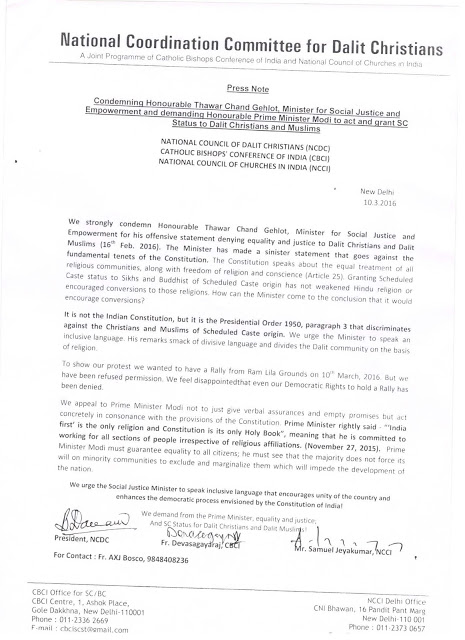 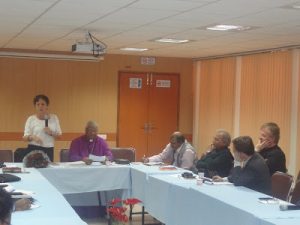 500 Years of the Reformation initiated by Martin Luther will be observed and celebrated in 2017 in Germany as well as all over the world.  The Special Envoy of the Celebration, Bishop Dr. Margot Käßmann visited India as part of the preparation for the celebration.  The NCCI organized an interaction with Church Leaders on 19th February, 2016 at YMCA’s National Council office. Around 30 Church leaders and ecumenical organisations participated in this meeting. The meeting was chaired by Bishop Collin C. Theodore, Secretary NWICC.

In her introductory remarks, Dr. Margot Käßmann observed that when we celebrate Reformation not as a history of  division but as a common history of Churches, as ecumenical history, as history of learning, it is important for the Churches to reflect what the reformation means to them in this context. The Church leaders also shared various concerns of Churches in India and the Indian context. 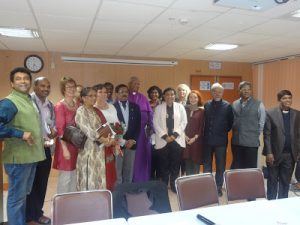 In the evening, Dr. Margot Käßmann gave a public lecture at the German Embassy in Delhi on “Reformation and Education.” She highlighted that one of the  aspects of the Reformation in middle Europe in the 16th century was education, and this helped people in being able to think, reflect, speculate, understand and ask questions.  Her lecture was well received by the audience.