The National Council of Churches in India (NCCI) joins the people of Nagaland and all citizens of the country who mourn the killing of civilians in Mon district in condemning the act of aggression on the part of the para-military force personnel. All actions initiated to bring the aggressors to book have to be followed up with earnest and brought to its logical conclusion.

The NCCI once again calls for a rethink on the AFSPA, and that all policing in the areas in which AFSPA is in vogue be subjected to independent human rights scrutiny.

We offer the prayers and support of the Churches and Christians of the Protestant and Orthodox tradition in India to the people of Nagaland and to the families of the deceased in particular.

Let us join in sincere prayer during this season of Advent when we reflect on the coming of Jesus as judge, that Peace be granted in the hope and promise of requital to all those who are wronged. 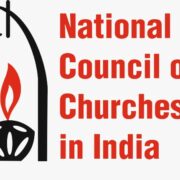 Astounding wisdom of Christmas, growing weak through every passing year . . .

A Joint call for Solidarity and Prayer

Let's discern and be dictated by the agenda of the masses ...

Call for applications to the post of NCCI Executive Secretary – NCCI Youth...

Telling the stories of christs and christmases of our times ….
Scroll to top