We are living through a time when this high decibel campaign ’to crucify’ is alive and all around us like never before. The intimidation of the religious sisters of the Congregation of the Sacred Heart Society of the Catholic Church on the train to Odisha (and at Jhansi railway station) is the latest of such incidents in the insidious agenda to discredit centuries of unselfish service of the Christian community to the least, the last and the lost in the country who are victims of generations of dispossession. It is an attempt to finish off an entire community that stands by and serves the communities that are deprived, discriminated and systematically disprivileged. We condemn this incident and all such violent attacks on citizens of this country who practice faiths other than those related to dominant communities, particularly those that practice Christianity and Islam.

The dominant narrative around the issue of conversion coupled with anti-conversion ordinances and Acts that embolden fanatical people to take the law into their own hands are paving the way to a culture of mob rule. Although the current targets are minorities, no one will be safe eventually, especially women. If such mobs become more emboldened by the idea that they won’t be apprehended, we can expect more such attacks initiated by such vigilante mobs.

We welcome the Union Home Minister Shri. Amit Shah’s assurance of strict action against the culprits. But we should see  progress in  terms of concrete action in this case since such heinous acts disrupt the freedom of individual rights guaranteed by the Constitution including one’s right to convert to any religion through exercising one’s right to free choice in matters of faith. It is heartening to note the intervention of the National Human Rights Commission in this matter.

Easter faith reminds us of the resurrection of Jesus who was persecuted and killed by the Roman authorities under the pressure of rulers and religious leaders of that period. Resurrection event gives us a hope that intimidation or killing cannot hold sway over the movement(s) that affirms life of All. The liberative faith of over a two-thousand years can know no fetters, nor can be killed. Through faith, here and now, we partake in the resurrection of Jesus and in the eternal life that God shares with us.

Let us therefore challenge the intimidation to be crucified by continuing in the task of proclaiming the good news to the poor, standing together and with each other in calling the haughty to a life of repentance and rectitude.

Come, let us make a solemn renewal of our EASTER faith . . . 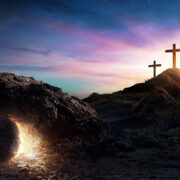 The morcha moves on …
0 replies

“Valuing Water in India” a webinar on Word Water Day