Ten Years since the Kandhamal Carnage:  Yet no Justice!

What kind of “freedom” do we celebrate on 15th August every year?

This August 25, 2018, it will be ten years, since the biggest anti Christian violence, biggest communal violence in Odisha, will complete ten years. It was on this date, in the wake of the slaying of VHP leader Swami Lakshamananda Sarswati on the night of August 23, 2008, that a nun working in the Dibyajyoti Pastoral Centre of Kandhamal, ran away from the centre with Father Thomas Chellam fearing attack from a violent mob. She was forced out of her shelter the next day and was subjected to horrifying physical and sexual violence. As reported by the National Solidarity Forum in the communal fire that raged over Kandhamal, around 393 churches and worship places which belonged to the Adivasi Christians and Dalit Christians were destroyed, around 6,500 houses were destroyed, over 100 people were killed, over 40 women were subjected to rape, molestation and humiliation and several educational, social service and health institutions were destroyed and looted. The shocking fact is that all these incidents took place in full view of police and the police remained mute spectators.

The National Solidarity Forum goes to report that because of the carnage, over 12,000 children lost their education. More than 56,000 people were forced to flee from Kandhamal. Several cases of forced conversion to Hinduism by the Sangh Parivar have been reported. And those who had to flee from Kandhamal, are spread out in different parts of the country today. Many of them cannot come back to their villages since they were told that unless they become Hindus, they would not be allowed to survive in Kandhamal. These displaced persons are victims of communal genocide. Perhaps, they are around your own areas in India.

The national solidarity Forum goes on to state that the compensation provided by the Government for the victims and survivors of Kandhamal has been minimal. There have been more than 3,300 complaints, but only 820 odd FIRs were registered. The rest of the complaints were not even registered. Among these complaints, only 518 cases were charge sheeted. The remaining cases were treated as false reports. And out of these 518 cases, 247 cases were disposed off. The rest of the cases are pending before the sessions and magistrate courts. And amongst those disposed cases, many are already acquitted. If you take complaints as a yardstick of justice process, it is just around 1% only. On August 2, 2016, Justice TS Thakur and Justice Uday Lalit mentioned in their judgement in the Supreme Court, that the quantum and scope for compensation was not satisfactory in Kandhamal.

Seven innocent Christians from Kandhamal are still languishing in jail following the mysterious murder of Swami Laxmanananda Saraswati.  These innocent Christians – six of them illiterates including a mentally challenged – were convicted in 2013 for the murder touted as a Christian conspiracy.

Such a context calls us to bear witness to the gospel and to stand for the principles of justice and secularism as enshrined in the Indian constitution.

The National Solidarity Forum and the Kandhamal Survivors Association are giving a humanitarian call to all those who believe in secularism, democracy, justice, peace and harmony to OBSERVE KANDHAMAL DAY on the coming August 25, 2018. The National Solidarity Forum is a network of over 70 organisations in different parts of the country trying to work for justice for the survivors of Kandhamal. The Kandhamal Survivors’ Association is a grass root movement with units in every affected village in Kandhamal.

Hence, the appeal to you to support and work for the implementation of the following demands: 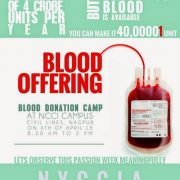 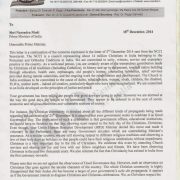 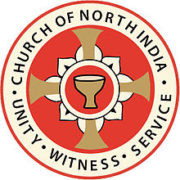 Christian concern about restrictions on freedom of speech: Statement of Assam Christian Forum 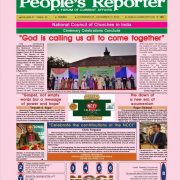 Report of the Consultation on “Prophetic Role of Church Leaders in the midst...
Scroll to top