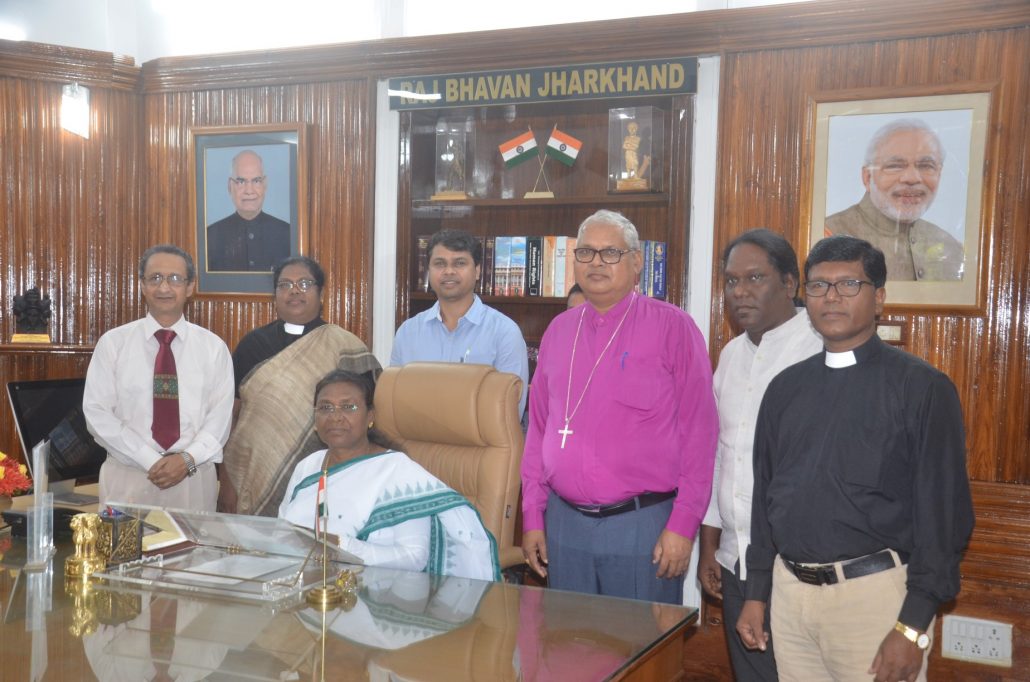 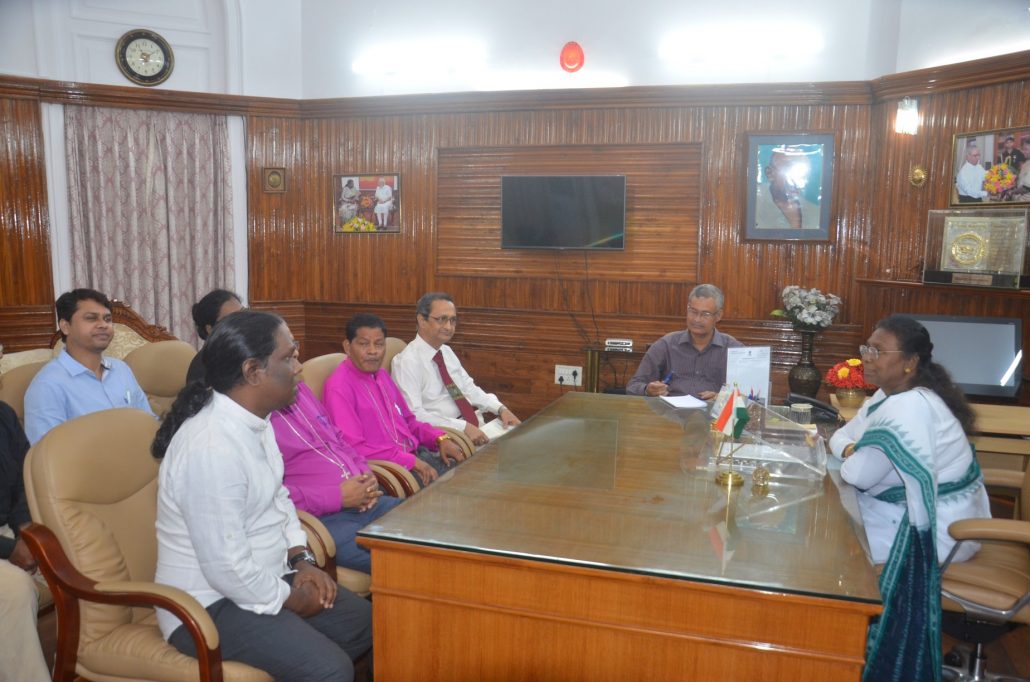 These leaders submitted a memorandum to the Governor of Jharkhand to repeal the proposed religious freedom bill and the amendments to the land acquisition bill.

Text of the memorandum:

Subject: An appeal to Repeal the Jharkhand Freedom of Religion Bill2017 and Jharkhand Right to Fair Compensationand Transparency in land Acquisition, Rehabilitation and Resettlement (Ammendment) Bill 2017by the Jharkhand Vidhan Sabha on 12th August 2017.

We, as citizens of India and on behalf of National Council of Churches in India, Jharkhand Council of Churches and Santalia Council of Churches bring our greetings of respect, love and joy to you. The Jharkhand assembly on 12th August 2017 passed the Jharkhand Freedom of Religion Bill2017 and Jharkhand Right to Fair Compensationand Transparency in land Acquisition, Rehabilitation and Resettlement (Ammendment) Bill 2017 brought by the BJP-led government. During the debate on Religious Freedom Bill 2017in theassembly, a figure was presented by the BJP led government, which states that in 2011 there were 10,90,283 Christians in Jharkhand which rose to 14,18,783 in 2017 which means in the last five years an increase of 30 percent in the population of Christian religion. According to Indian government census report it was 4.1 percent of the population who accepted Christianity in 1951 in Jharkhand, which rose 4.3 percent in 2011, i.e. an increase of just 0.2 percent of the population of Christians in 70 years. Your Excellencyan increase of30 percents in just five years is just impossible; it is only a politically motivated inflated figure.In India, as per the government census the Christian population in the country was 2.33 per cent in 1951; 2.44 in 1961; 2.60 in 1971; 2.44 in 1981; 2.32 in 1991; 2.34 in 2001 and 2.30 in 2011. The growth rate is almost static. Jharkhand has the same kind of scenario too. Though the State was formed in 2000, yet for a larger picture the Christian population was 4.12 in 1951; 4.17 in 1961; 4.35 in 1971; 3.99 in 1981; 3.72 in 1991; 4.10 in 2001 and 4.30 in 2011. Here too the growth rate is stagnant. The census occurs once in every ten years. How could the Jharkhand government introduce its figure on Christian population percentage to the assembly? The BJP led government has misled the assembly by introducing fake figures. Is this not a travesty of democracy?

Looking closely at the statistics among the tribal population 14.5 per cent are Christians and 39.7 are Hindus as per the census. When 14.5 percent of Christians and 1.7 percent of other religions come under the purview of tribal conversion, why not 39.7 percent of tribal people who accepted Hindu religion come under the purview of conversion? The BJP Government cannot justify its statistics against the census figures; it also cannot justify its ‘Ghar Vapasi’ campaign using statements of Kartik Oraon (and Mahatma Gandhi). In fact the government is maliciously using the photos of Birsa Munda and Kartik Oraon to destabilize tribal unity. It is worth noting here that Kartik Oraon whose photo is used in the advertisement wrote in his bookAdivasi Hindu Nahi Hai (Adivasis Are Not Hindu’), “Let it be known, there is no space for Hindu gods and goddesses in the Adivasi community. Hindus believe in God whereas the Adivasis worship nature and follow the Naga culture”. Therefore, the so called ‘Ghar Vapasi’ is completely against the dream of Kartik Oraon and of course Birsa Munda. The government is spreading lies using Adivasi leaders to score a point. It has hurt Adivasi sentiments very deeply. The very sad thing is that a large percentage of Adivasis who have accepted Hindu Religion, or its sanskritized version, have changed, or were forced to change their title to ‘Kumar’ ‘Kumari’ ‘Devi’ and thus have lost their ethnic, social and cultural identity. The government should come out with a law to protect the identity of Adivasi communities if they have genuine concern for them.

The intention of the bills is anti-people, anti-constitutional, anti-peace, anti-humanhood. The timing of the bills very clearly unfolds the intention of it. It is very dangerous to the identity and existence of the Adivasis of the State. The proposed Bill is a grave threat to the social and communal harmony of the state.

It has been categorically stated in the Indian Constitution, Article 13(2) that ‘any law made by any legislature or other authority after commencement of the Constitution, which contravenes any of the fundamental rights included  in Part III of the Constitution shall, to the extent of the contravention, be void.’ Indeed, the bill is unconstitutional and is a super imposition on the existing law. The bill has no purpose except having communal political and ideological ends. Your Excellency, it is time for Jharkhand to live up to the vision of its founders and put a stop to this. We strongly condemn the BJP led Jharkhand government’s propaganda against Christian communities of the state. India is a secular nation and the government should always make efforts to safeguard our diversity. We the tribalsare united in our faiths; however, more often than not this is used to divide us. We are proud of the secular principles of equality and fraternity of our great democratic nation but the Tribal Christians are being deprived of religious freedom promised in our constitution. We are sure as the head of the Jharkhand State, your Excellency will not tolerate such discrimination and will assure credibility of secular values of our constitution.

Further, we also bring to your notice regarding the Act passed by the Parliament of India and notified by the Gazetteer of India, The Land Acquisition Act 2013 and the State government on August 12, 2017 has brought the amendment to which in the name of Jharkhand Right to Fair Compensationand Transparency in land Acquisition, Rehabilitation and Resettlement (Ammendment) Bill 2017.

The purpose of the Bill is to facilitate the grabbing of Land and related Resources for the Capitalists and Industrialists.

The State of Jharkhand falls under the purview of the Fifth Schedule, where Gram Sabha is the supreme authority as regards the transfer of Land for any purposes, but the Proposed Bill denies any such power of the existing Gram Sabhas. This clearly is the violation of the Provisions to Panchayats Extended to Scheduled Areas (Extension) Act 1996 and the Samata Judgement of 1997.

Further, the Bill also puts an end to the required and necessary practice of the Social Impact Assessment, stating the very motive of the Government of being insensitive and irresponsible on grounds of transparency and accountability while transferringland to the Capitalists. Social Impact Assessment is an integral feature of the original Land Acquisition Act 2013, which ensured participation of people from different fields of expertise for larger consent during the process of land transfers.

The proposed Bill if passed will enable the acquisition of multi crop agricultural land by the government which will have a huge impact on the livelihood of the poor farmers of the State further increasing poverty and starvation.

It is to be noted that the Central government in the year 2013 wanted to make similar amendments, which was withdrawn due to heavy protest by the farmers from all across the country. The bill in its current form, which is anti people, has been proposed to fulfill selfish motives of the present government.

We appreciate your Excellency’s move towards your actions on the process of recently proposed CNT/SPT Act Amendment Bill. Your Excellency’s office did project high degree of regards for peoples concern and welfare mainly of the Adivasis of Jharkhand.

We therefore believe that your Excellency being the Constitutional Head of this State and as the authority for the Fifth Schedule Areas will seriously ponder upon the implications of the proposed Bills and act for the benefit of the people of the state. 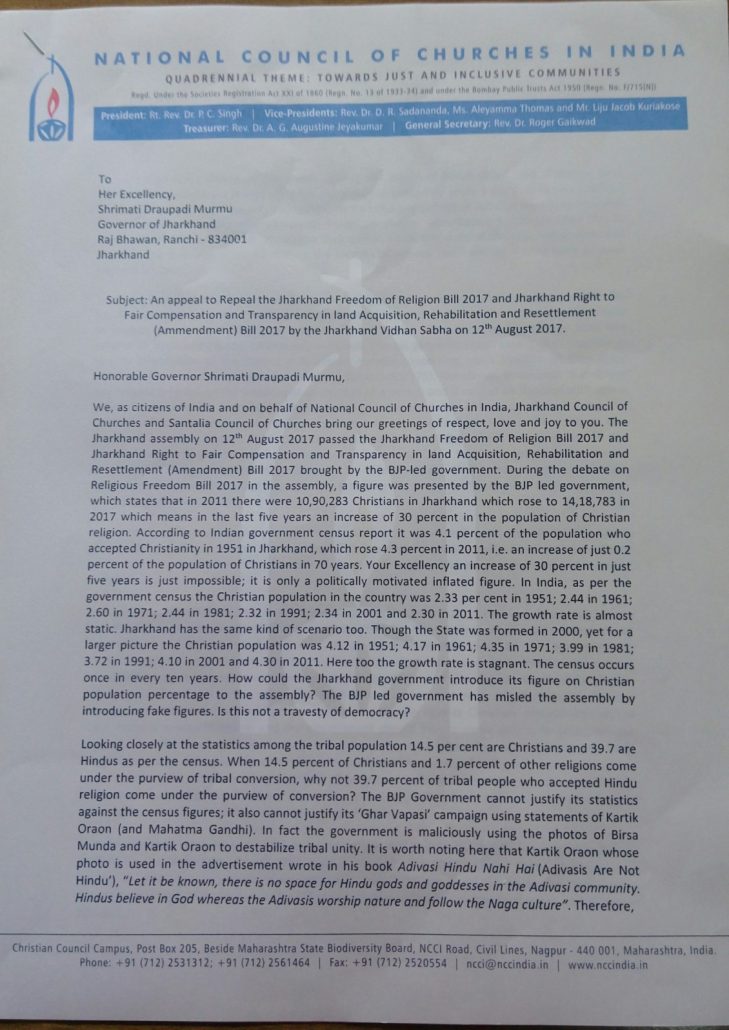 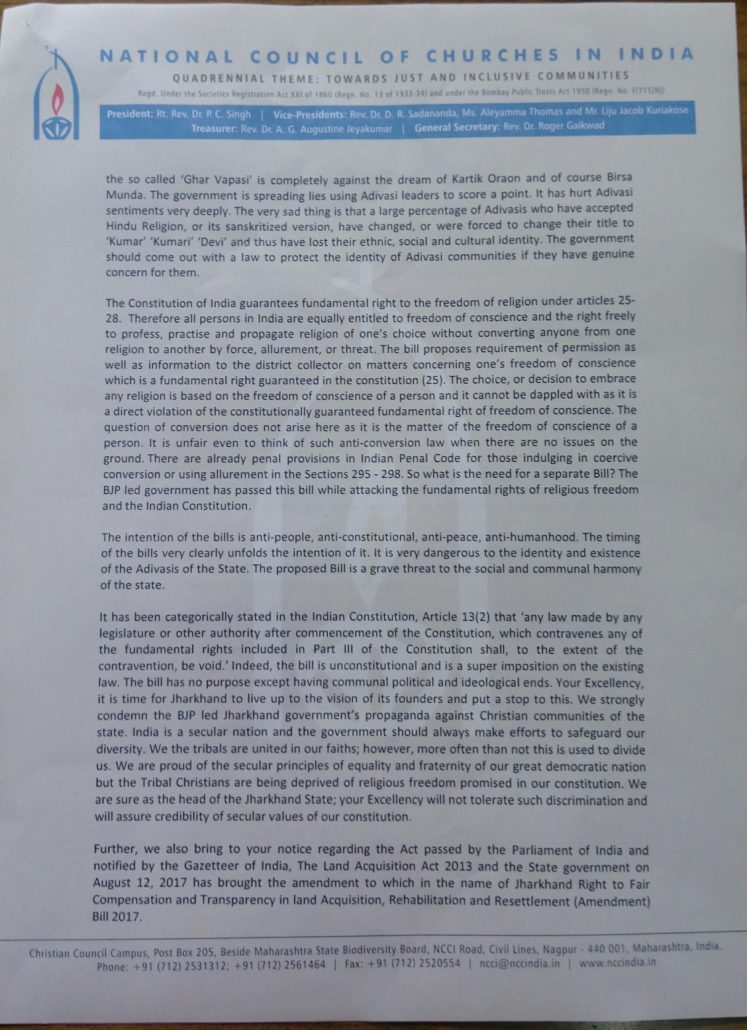 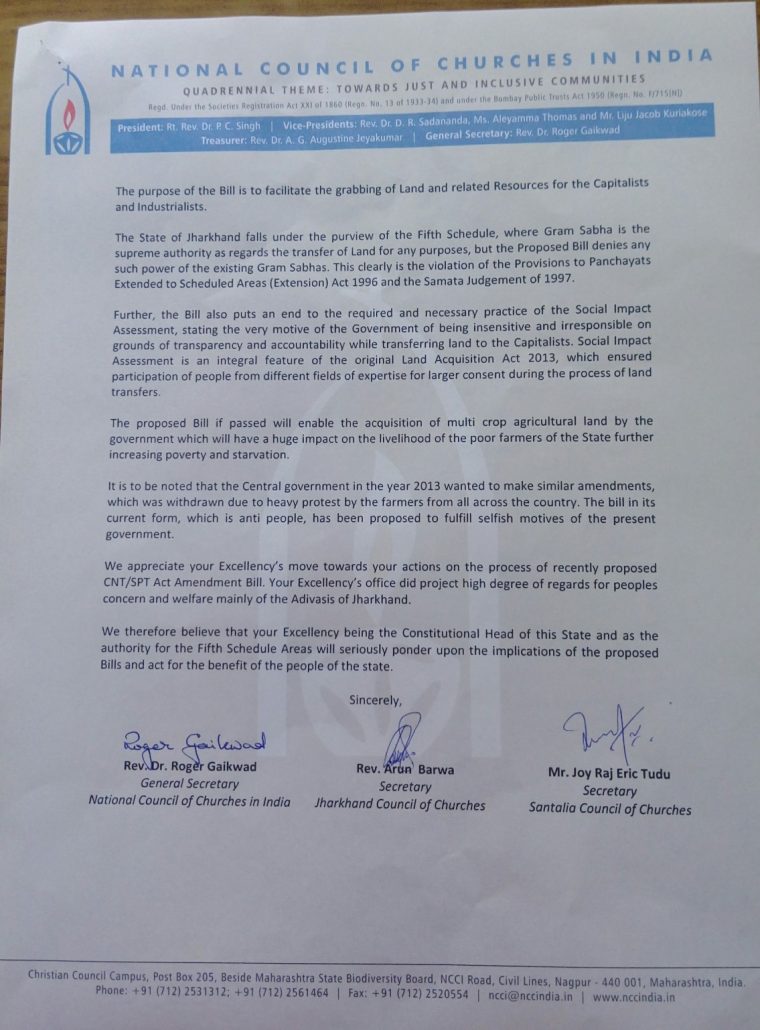 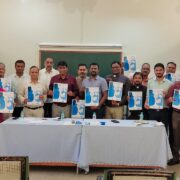 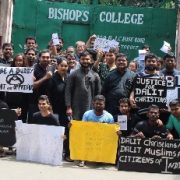 INTERFAITH ROUND TABLE ON ‘DISABILITY’