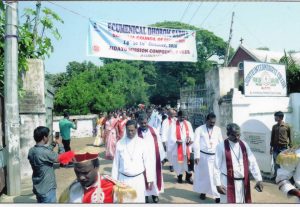 Rev. Benjamin Soren, Vice President, Santalia Council of Churches and Rev. Ramesh C. Kisku, Asst. Secretary, SCC were also present at this event. However, our President, Most. Rev. S. Soren could not participate due to his illness.

It was of great honour to have Mrs Basanti Biswas,  Member of the Ex. Com. of NCCI in our midst who also shared greetings on behalf of the NCCI.

We are thankfulto Dr. Anil Murmu, MLA for participating in this Dhorom Sabha and supporting us throughout. 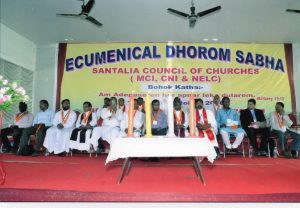 The three days programme had speakers from all the three member churches namely, Rev. Stephen Murmu, Principal, Santal Theological College, NELC, Rev. Emmauel Chitrakar, D. S, MCI, Dr. Esmael Murmu, Prof. STC, NELC and Rev. Pradip Hansdak, CNI. The main speaker of the event was Rev. Caesar David who spoke on the theme of the EDS 2016.The programme also included opportunities for cultural expressions and a song competition and the winners of the same were awarded certificates of appreciation by the SCC. The highlight of the EDS 2016 was the closing Sunday Worship which was jointly hosted by the Pastors of all the three Churches.

The following people played an important role in convening the programme:

The EDS 2016 was a self sponsored event which was financed by donations collected from individuals and families of the member congregations. The SCC remains thankful to the local host committee of the MCI for the success of this mega event. It is indeed a matter of great pride and immence joy that the SCC has been able to facilitate unity and good networking among the Santal Churches in India. 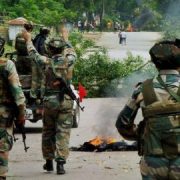 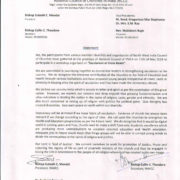 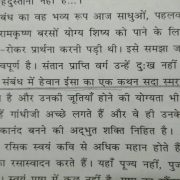 Statement of United Christian Forum of North East India (UCFNEI) on the portrayal of Jesus as “demon”. 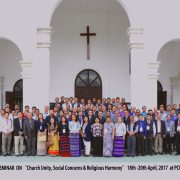 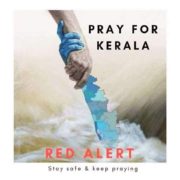 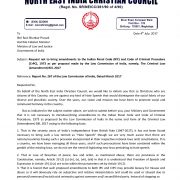 NEICC letter to the Ministry of Law and Justice with reference to report no. 267 of the…
0 replies

COP 22: The Beginning of a New Pilgrimage of Climate Justice and Peace towards...
Scroll to top