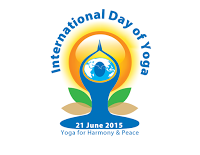 The UN General Assembly has declared 21st June as International  Day of Yoga. The Government of India is making preparations for a large scale observance of this day in India and in other parts of the world this year. Yoga is considered by many to be a healthy discipline and therefore has become popular worldwide. Many persons belonging to different religious traditions already practice yoga as a matter of personal choice and conviction.
Yoga is essentially a way of life that integrates the means of harmonizing the body, mind, and spirit. One should also keep in mind that, internationally, there are other disciplines similar in intent and content to Yoga. For example, T’ai chi is a meditative exercise that requires you to pay close attention to your breathing while completing a series of choreographed, slow, fluid, and continuous dance-like movements. Chi-gong is an exercise that focuses on breath work, while incorporating meditation and very gentle, slow physical movements. In Zen Buddhism, zazen (literally “seated meditation”) is a meditative discipline in which body, breath and mind come together as one reality.
Therefore people should not be compelled to practice yoga as if it is the only method for bringing harmony between mind and body – such a philosophy runs through all religions and cultures. We are deeply concerned that in spite of the declarations made by the Centre, in many states, circulars have been sent to schools to have compulsory Yoga practices. We oppose such compulsions; and especially minority run institutions should be given the freedom to decide how and whether to introduce yoga in their schools.
Surya Namaskar, with its religious overtones, should not be introduced in our schools and institutions. We regret that some responsible people in the government have interpreted yoga with religious motifs. The BJP legislator Yogi Adiyanth’s statement that those opposing yoga and surya namaskar should either leave India or drown themselves in the ocean is not acceptable and is strongly condemned by the churches. It is statements such as these that are making minority communities suspicious about the intentions of the government.
We urge the Government to be sensitive to the different cultural and religious practices in our country. We reiterate that Christianity has existed in India from the first century onwards and over the centuries Christianity has developed its own Indian Christian cultural traditions. We hope this government will respect the ethos and spirituality of the Christian community and not impose any particular practices on any citizens of the country. 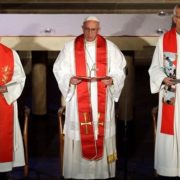 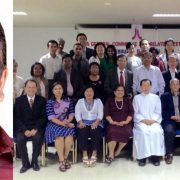