For Dalit Christians and Dalit Muslims 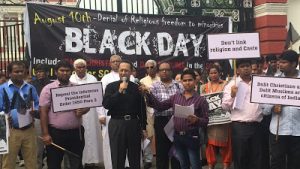 The Constitution (Scheduled Caste) Order 1950 was signed on 10th August 1950 by the then President of India which says that “No person who professes a religion other than Hinduism shall be deemed to be a member of the Scheduled Caste” which was later amended to include Sikhs (1956) and Buddhists (1990) in the Scheduled Caste net. This order is against the secular nature (Preamble of the Constitution) of the country, against Article 14(Equality before the law), article 15(Prohibition of discrimination of any citizen on ground of only religion), Article 25 (Freedom of Conscience and free to profess any religion), Article 26 (Equality before the law and equal protection of the law) and against the International Covenant on Civil and Political Rights, to which India is a party.

“Constitution Scheduled Caste Order 1950 para 3 is unconstitutional and it is a black letter written outside the Constitution introduced through the back door by an executive order”.

“We recommend that Para 3 of the Constitution (Scheduled Castes) order 1950, which originally restricted the scheduled caste net to the Hindus and later opened it to Sikhs and Buddhists, thus still excluding from its purview the Muslims, Christians, Jains and Parsis etc – should be wholly deleted by appropriate action so as to completely de-link the scheduled caste status from religion and make the scheduled castes net fully religion – neutral like that of the Scheduled Tribes”. 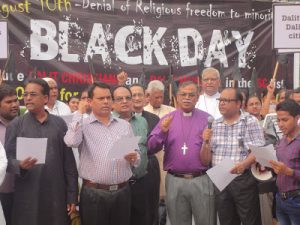 We are profoundly pained that the rights of the minority communities of Scheduled caste origin are denied and delayed for many years. Our peaceful and democratic demonstrations will continue till our rights are attained.

Throughout India, Churches of all the denominations  observed August 10th as Black Day. On 10th August special mass and prayers were offered.  Meetings, rallies, demonstrations, hunger fasts, submitting memoranda, candle vigils and other forms of demonstrations were also organized by the Christian communities to show support for and solidarity with the suffering  Christians of Scheduled Caste Origin. 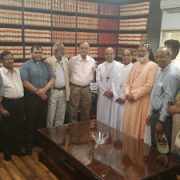 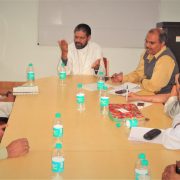 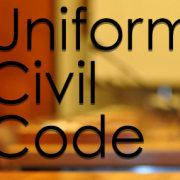